If there’s one question I get asked more often than any other, it’s definitely “which Hawaiian Island is best?” I’ve done a pretty extensive blog post on that topic here, but I still get a lot of variations on this question. After reading up on the different Hawaiian Islands, most people can pretty quickly narrow it down to two choices. That’s when I start getting the “this island vs. that island” questions. 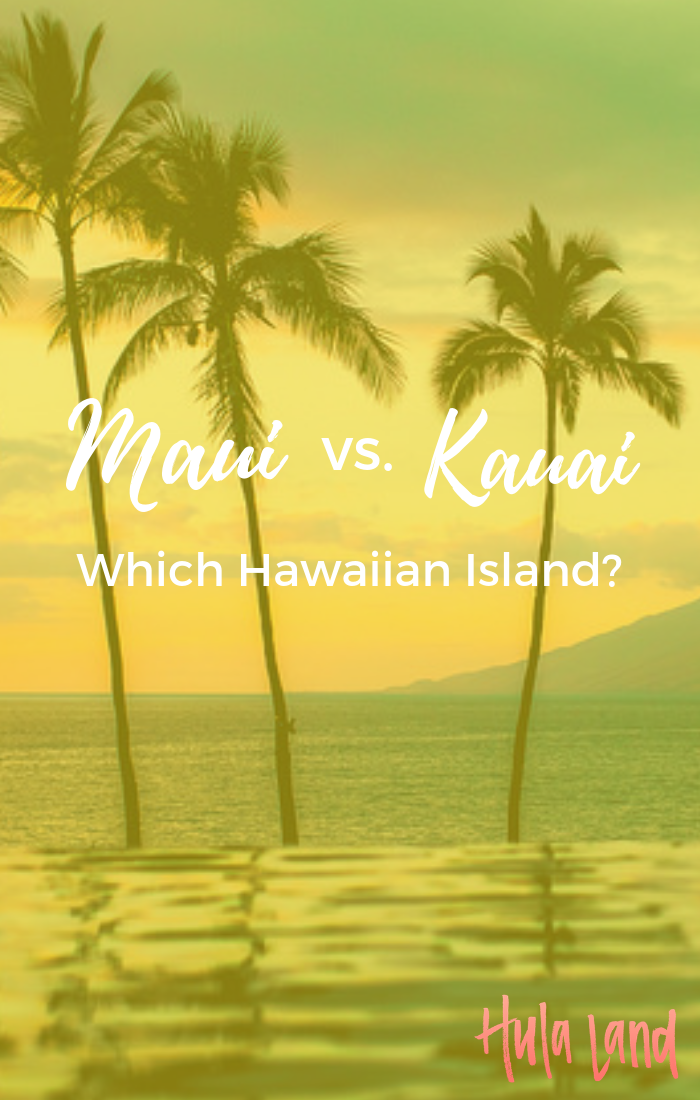 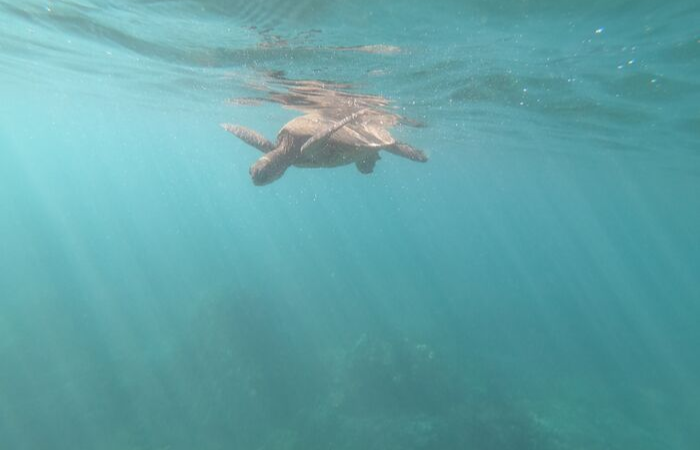 Now I’ll tell you what I think ; ) There’s no “best” island. People’s “favorite” or “best” islands depends largely on their personality types and what kind of a vibe they like on vacation. Now unless you match that person 100%, your opinions are likely to differ.

So for the first post in this island vs. island series, I’m going to tackle Maui vs. Kauai. But I’m not just going to tell you which I think is best, because that’s not really going to help YOU decide. I’m going to do my best to break down the pros and cons of each island so you can decide for yourself which will be best. I will let you know my personal favorite at the end though.

I’m going to start out by making a bold statement. You can’t narrow any Hawaiian Islands out of your search by asking “which one has the best/most ‘nature’?” I’ve heard so many people say, “if you want nature, Kauai is definitely the best island.” Bull. If you want “nature,” you’ll be happy on any of the islands-even on Oahu with its population of one million. These are some of the most spectacular islands in the world and they haven’t gotten that reputation because of their modern architectural marvels. Each Hawaiian Island features STUNNING natural landscapes. The discussion about which is more “natural” or features better nature is a bit more nuanced. 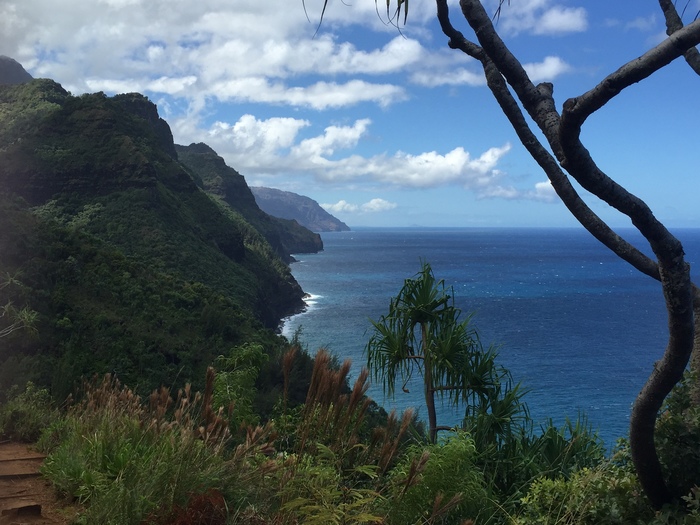 Let’s start with Kauai. If I was forced to name the most beautiful Hawaiian Island, I would probably say Kauai. Most of the island (but especially the north shore) is made up of those jagged, green peaks that movies like Jurassic Park have made so famous. It is lush, it is tropical, and it is stunning. However, I have to admit that 75% of the most spectacular sites I’ve seen on Kauai either involved a helicopter tour, a boat tour, or an extensive hike. So while it might be the most beautiful, most of that beauty isn’t highly accessible.

The Napali Coast is by far what makes Kauai the most beautiful island, but like I mentioned above, it’s so remote that you’ll only see it via helicopter, boat, or strenuous hike. Actually, I would say the Napali Coast is trumped in beauty by Wai’ale’ale Crater (the birthplace of Kauai), but since you’ll only see it for a couple of minutes on a helicopter tour (and because of weather conditions only a small percentage of helicopter flights are actually able to enter into the crater), it’s not a major factor for most visitors. 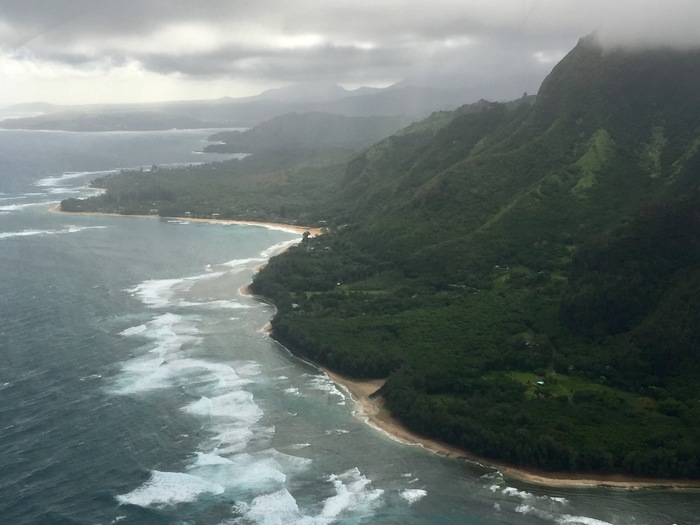 However, I will make another bold statement here. I would almost say if you’re not going to do a helicopter tour, skip Kauai because you’ll be missing its most magical parts.

The other major natural site on Kauai is Waimea Canyon, often called the Grand Canyon of the Pacific. It is truly unique, and it’s easily seen by car or via hiking if you’re more adventurous. However, once again, it’s most impressive when seen from a helicopter.

Overall, Kauai does lush and tropical very well, but now on to Maui.

On Another Note: Trying to figure out where to stay on Maui? I’ve written a ton of posts that will help. I’d start with my 15 favorite resorts and hotels on Maui. Also, you’re going to want to decide between staying on the south side or the west side so this post about Wailea vs Ka’anapali is golden. Read about my favorite luxury resorts, boutique hotels, honeymoon resorts, family friendly resorts, and condos (many under $100/night!). If you’ve narrowed down the area of the island you want to stay, but need help picking a specific hotel, read these posts about where to stay in Wailea, Kihei, Ka’anapali, Lahaina and Kapalua, and Hana. And if you just want more details (more! More! more!), read my reviews of staying at the Four Seasons and the Fairmont Kea Lani.

Maui wins easily for the most diverse island. It has lush and tropical, curated resort areas, rainforests, valleys, rolling ranchland, and an arid volcano summit. While Kauai excels in the green, jagged peaks department, Maui has it all.

Maui’s two most notable natural features are the Road to Hana which is a gorgeous winding road through the junglish side of Maui featuring countless waterfalls and colorful sandy beaches, and Haleakala, the 10,000 foot summit of Maui’s dormant volcano. Watching sunrise or sunset at the summit of Haleakala is a completely unique experience. You’ll feel more like you’re on Mars than earth due to the terrain. And driving the road to Hana is one of the best adventure day trips in Hawaii. Along this route is where you’ll find the famous black and red sand beaches. Here’s something to note: both of these drives (while not dangerous) feature a LOT of winding roads so if you’re seriously prone to motion/carsickness that may have just knocked those out for you. 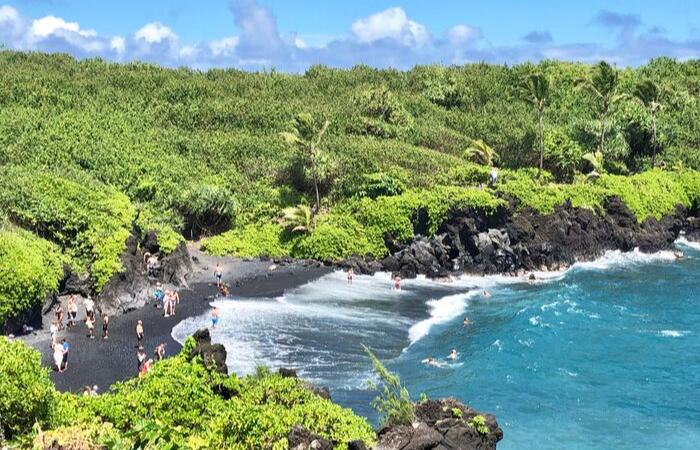 Maui’s upcountry is also one of its more unique areas. Most visitors won’t make it to the upcountry unless they’re just passing through to Haleakala. You’ll feel more like you’re in the high meadows of Colorado or the hill country of Texas than an island in the middle of the Pacific (except of course you can look out and see the ocean ; ) Maui also has the Iao Valley, which is its answer to Kauai’s lush north shore and it’s beautiful although not as epic or wide sweeping as the north shore of Kauai.

The last major thing to note about Maui’s natural beauty are its beaches. To put it simply, overall, they’re the best in Hawaii. More than any other island, Maui has a large amount of beautiful, accessible beaches with nice amenities (parking, showers, restrooms, etc.) that have good conditions for swimming and snorkeling. For as many beautiful beaches as Kauai has, surprisingly few of them are safe for swimming. Beaches (and sites in general) are also not super well marked on Kauai as compared to Maui. I’ve found the Kauai Revealed guidebook (affiliate link) to be a necessity for finding even some of the island’s most popular beaches and parking is rarely straightforward. This could be a pro or a con depending on your adventurous spirit and how you like to vacation. 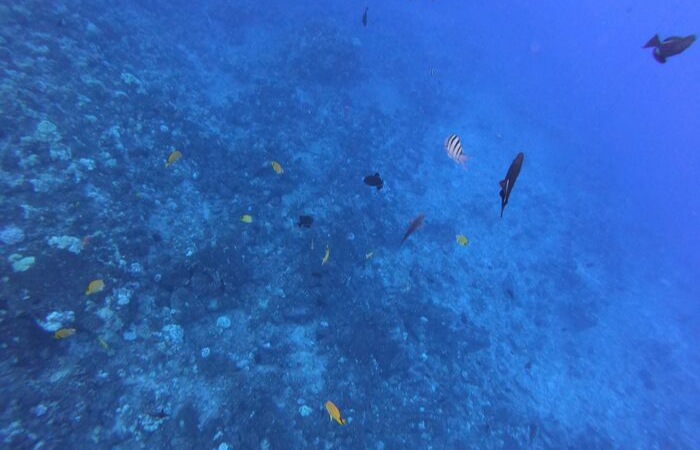 But generally speaking, Maui wins hands down in the beach department. Maui also has far better snorkeling. While it has its famous spots like Molokini and Turtle Town that will require a boat tour to experience, there is a lot of really good snorkeling on Maui that’s right off the beach. Kauai is much more limited. If you’re just an average snorkeling fan and you might go out once, you’ll be perfectly happy with some of Kauai’s better spots, but if snorkeling is a big priority for you, Maui definitely has the edge.

If you’re an avid hiker, Kauai is probably the better island for you. While there are some amazing hikes on Maui, there are undoubtedly more on Kauai and everything is just a little more lush. 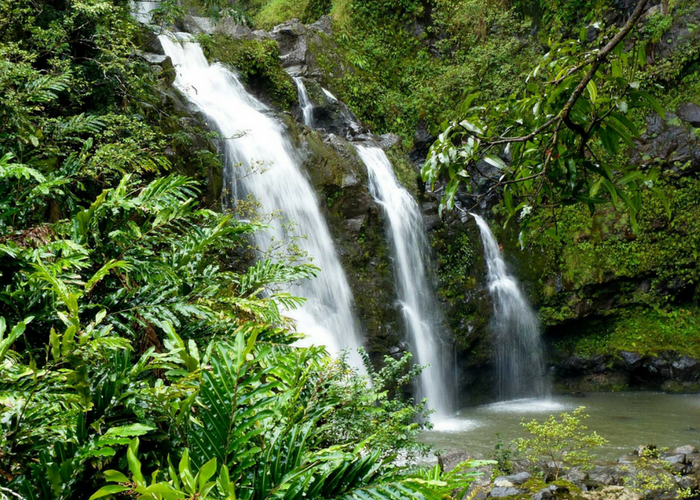 The one big point I’d like to make about the weather situation on Kauai is what I hear about the north shore verses the south shore. For me, the north shore is hands down the best place to be. It’s why I go to Kauai. It’s pretty magical. However, as I said earlier, it rains. A lot. So, many people gravitate to the sunny south shore around Poipu. It is sunny and the beaches are pretty nice, but my opinion is if it’s between the south shore of Kauai or Maui, I’d pick Maui every time. The two major tourist hubs on Maui (south side and west side) are relatively sunny year round although Hawaii as a whole experiences more rain in the winter months.

The next major category to compare the two islands on is their levels of development. Maui is certainly more developed than Kauai and locals even refer to Kauai as being the “country” or more “slow,” but you should know that while less developed than Maui, Kauai certainly isn’t an unspoiled island paradise. It has its share of development too. It may be the “most” natural of the main Hawaiian islands, but that’s all relative.

Here are some facts:

The main differentiator is that Maui just has more, and honestly what it has is a little…nicer…than its counterpart on Kauai. For example, the nicest resort on Maui is a lot more upscale than the nicest resort on Kauai and Maui’s old plantation town Paia is much more trendy and polished than Kauai’s Koloa town, etc.

I bring all of this up to let you know that while Kauai hasn’t been developed as much as Maui, don’t expect it to be an undiscovered paradise. It’s Hawaii. It’s been discovered. 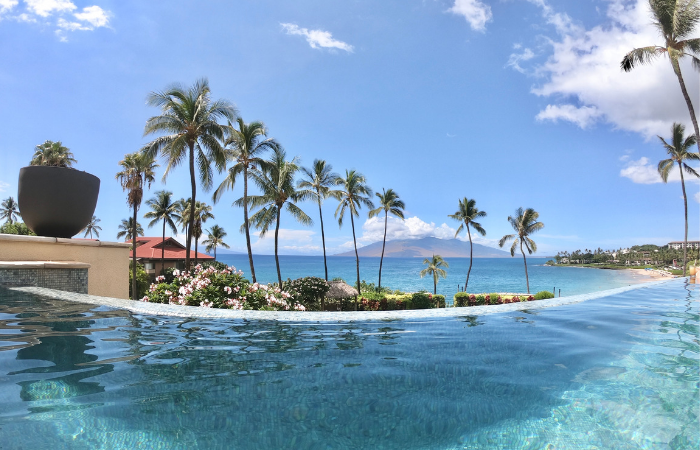 So let me wrap this up by saying you won’t be unhappy with a vacation on either island. They’re both fantastic. But while I really love going to Kauai (and will continue to go back), Maui is my personal favorite. But that’s probably because it matches best with how I like to spend my vacations. I can appreciate a nice resort area, good restaurants, some “local” atmosphere, and epic day trips. I’m also a major beach bum. On Maui, I find that there’s always plenty to do or the best kind of conditions for doing nothing at all.

If I had to best sum up my overall two cents of these two island, it would be that Kauai does lush, dramatic, green landscapes better than anywhere else in the world, but I find it to rank at the bottom of my list in most other categories. Maui wins for best overall vibe. I like its variety and choices. It has so much to offer that a week never feels long enough, whereas after 4-5 days on Kauai I’m ready to move on (although always ready to come back).

P.S. Want to read more? Don’t miss some of my most popular (and favorite) posts about Maui: my Maui favorites, the best Maui itinerary, how many days to spend on Maui, Maui vs Kauai, where to see turtles on Maui, my favorite road to Hana itinerary, guide for sunrise at Haleakala National Park, how to bike down Maui’s volcano, my review of the Maui Pineapple Tour, 20 of the best adventure activities on Maui, 5 Maui day trips, and the best things to do on a Maui honeymoon.