If there’s one question I get more than others, it’s which luau I recommend on each island. I’ve developed pretty good criteria (based on what I like personally), and can usually form a pretty good opinion before I’ve even been, but there’s nothing like experiencing it for yourself. So in my efforts to go to every luau in Hawaii (it’s a rough job, but somebody’s gotta do it), I visited Aha’aina Wailea (the luau at the Grand Wailea) on my last trip.

Generally speaking, I’m not usually a fan of resort luaus as much as independent ones, but I was staying in Kihei and ALL of the luaus in the area (Wailea) are hosted at resorts. So off to the Grand Wailea we went! I went with my seven year old niece and I have to say, overall I had a lot more fun than I normally have at a luau, and I think a large part of that was going with a child. 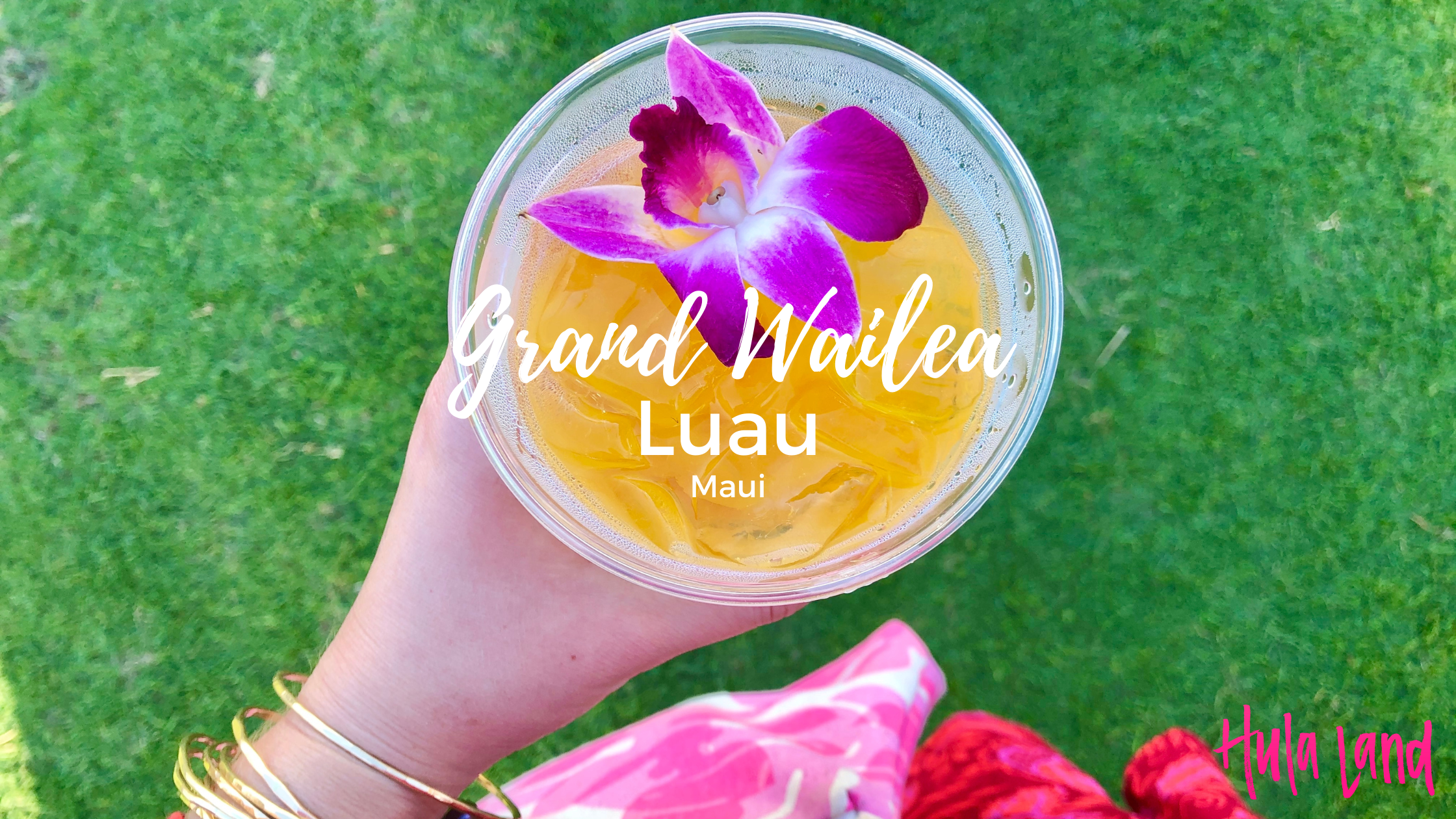 As I mentioned, this luau is hosted at the Grand Wailea on the south side of Maui. When I attended it was a temporary set up (they actually had two different locations they alternated between), but it looks like they’ve since done some construction to build a more permanent home (as far as the stage) with a nicer set up.

In my opinion, one of the big perks of this luau’s setting is the resort itself. The Grand Wailea is one of the most impressive resorts in Hawaii (certainly size wise) and there’s just so much to see. There’s often a fair amount of time to kill at luaus (they like to have you check in crazy early and then stand around and wait), but at the Grand Wailea the time goes by fast. Walk around and check out the resort, do some shopping. 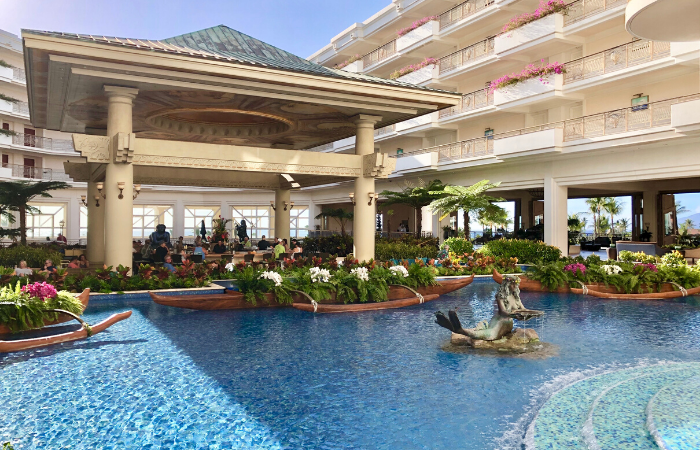 Okay, buckle up. When I attended this luau it was roughly $125/adult and $100/child. Pretty standard. When I went to update this post since COVID, the pricing has absolutely SURGED. I understand that they’re severely limited with capacity, but holy moly.

First of all, there’s a minimum of 2 people per booking since you’re at a private table (not a huge deal since most people don’t go to luaus by themselves), so I’ll break down the math for a party for two:

I honestly don’t even know what to say about this…before I updated this post with new pricing it was a favorable review but now it’s a hard pass. This luau is NOT worth $307 or $375/person. No luau is worth that. Go have 2-3 fantastic dinners at the island’s best restaurants and watch the show free from the lawn.

HOPEFULLY this is a COVID situation and normal pricing will resume once capacity increases, but for now it’s definitely a no go.

That being said, I’m going to continue the rest of the review as it was when I attended (at a reasonable price) and hopefully I’ll be able to delete all of this price nonsense sometime soon. 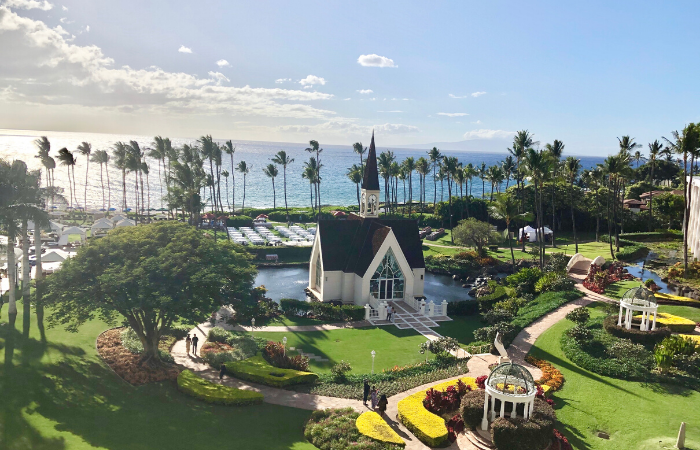 Going in February, things start a little earlier than during the summer. We were told that we would be allowed into the luau grounds at 5 PM but that check in started at 4 PM. We arrived at the podium a little after 4 and were the only people there. We checked in (gave them our name and got wristbands) and they told us to come back at 5. 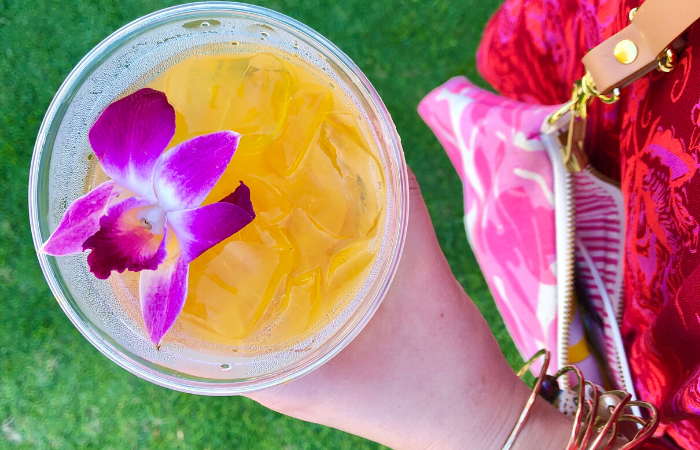 Since we had an hour to kill we wandered around the resort and checked out the pools (it’s now on my niece’s bucket list to stay there ; ), had a snack at the Café Kula (seven year olds are always hungry even when they’re about to feast at a luau), went in all of the shops, and oogled at the lobby. The koi ponds were also a big crowd pleaser.

We arrived back down at the luau at 5 (at the end of a pretty big line) and got inside by 5:15-5:20. We found our table and took a look around. Like many luaus, there were a few activity stations and we gravitated to one where ladies were making hakus (floral head leis) along with all of the other little girls in attendance. And of course this seemed to be the only activity with an extra fee. But, $10 well spent! Tip: take cash if you want to get a lei or haku (and also to tip the valet and bartender). 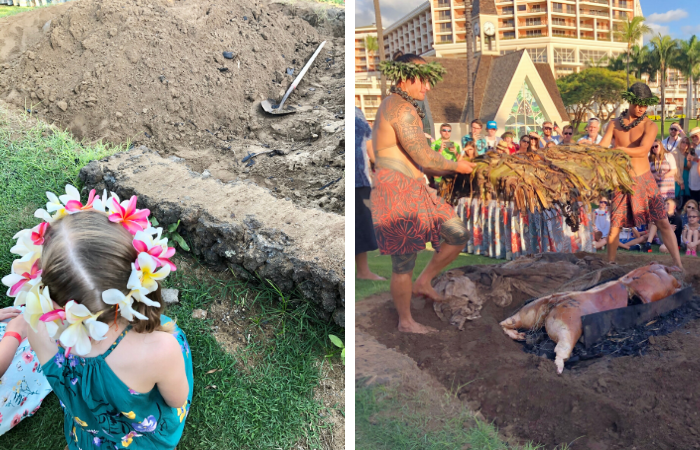 By now, it was almost time for the Imu ceremony (the unearthing of the pig) so we headed over to get a spot near the pit. I will say…I’ve been to a lot of luaus and this was the best Imu ceremony. It was a pretty small area but was surprisingly uncrowded. We were right up close and it seemed like the pig was practically under our noses. At other luaus, I’ve either been sitting farther away in a mini amphitheater-like setting or fighting for a spot in a huge crowd.

Edit: They’re currently serving a plated dinner instead of a buffet (which probably explains the extra 24% service charge). 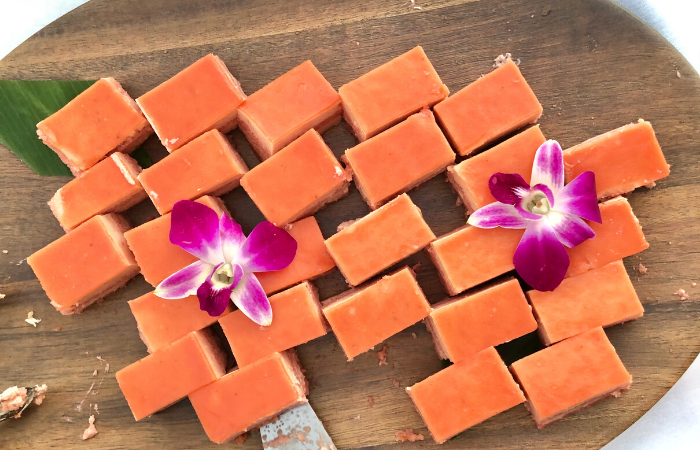 After the ceremony, it was time to find our seats. The MC for the evening was up on stage and he talked a bit while we waited to be called up for our turn at the buffet. I’ll be honest…I like a buffet. One of the big reasons is because you can actually see stuff before you put it on your plate. Some luau buffets definitely do some things better than others. This one had all of the typical luau staples and overall everything was pretty good. On this particular night, the chicken didn’t look great, neither of us tried to pork, but the fish was good and the flank steak was EXCELLENT (like, we went back for seconds). There were also a few other dishes that we particularly liked. Here’s a pro tip: if you want seconds at a luau buffet, you’ve got to be QUICK. They start packing up the buffet lines almost as soon as the last tables have gone through. We were served about halfway through and when I went back it was down to one line. Dessert was typical…tiny samplings so you can try everything. 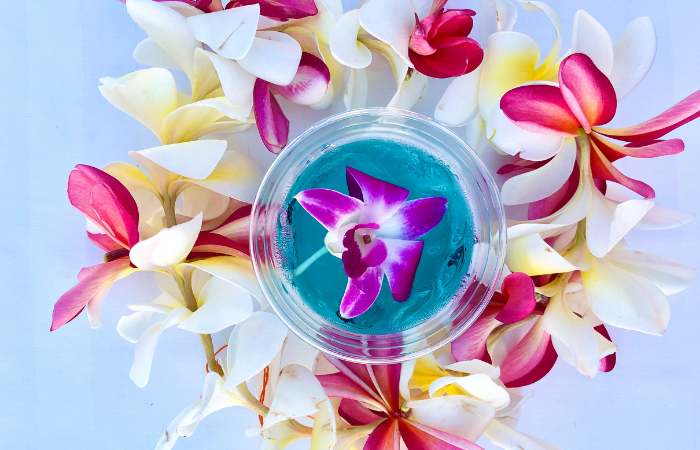 During dinner, there was a bit of a show going on the stage (including a big hula lesson), but the main show started after everyone had finished eating. It had everything you’d expect from a commercial luau show, but there were a few parts that we especially liked. 1) There was an aerial dancer. Her silks were tied up in a palm tree and her performance was especially mesmerizing. 2) There was another dance about a cloud or a cloud goddess that involved a parachute type dress. It was really simple, but very unique. We ooohed and ahhhed over that quite a bit. 3) The fire knife dance segment (the finale) was probably the best I’ve seen anywhere. 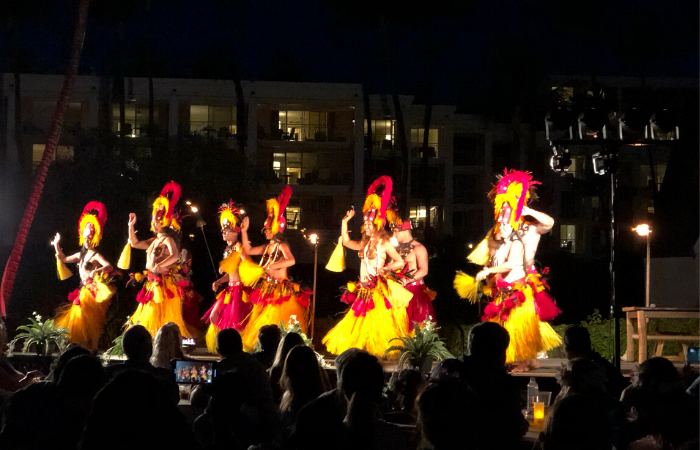 On Another Note: Trying to figure out where to stay on Maui? I’ve written a ton of posts that will help. I’d start with my 15 favorite resorts and hotels on Maui. Also, you’re going to want to decide between staying on the south side or the west side so this post about Wailea vs Ka’anapali is golden. Read about my favorite luxury resorts, boutique hotels, honeymoon resorts, family friendly resorts, and condos (many under $100/night!). If you’ve narrowed down the area of the island you want to stay, but need help picking a specific hotel, read these posts about where to stay in Wailea, Kihei, Ka’anapali, Lahaina and Kapalua, and Hana. And if you just want more details (more! More! more!), read my reviews of staying at the Four Seasons and the Fairmont Kea Lani.

I liked this luau a LOT more than I expected to. Like I said above, I think a lot of that had to do with going with a child. The food was decent, there was an open bar, and there were several very unique elements to the show.

There’s often a lot of “downtime” at a luau after you check in before things really start that can feel a little slow. But being at the Grand Wailea, we had plenty to keep us busy and we really enjoyed our pre-luau time.

My favorite thing about this luau was that they gave you a program when you checked in and IT WAS DETAILED. It told us exactly what time the gates would open, when the activities would be, when the Imu ceremony would be, when dinner would start, and even what all of the dances during the show would be. That might not be a big deal to some but I THRIVE on knowing what is going to happen and when. 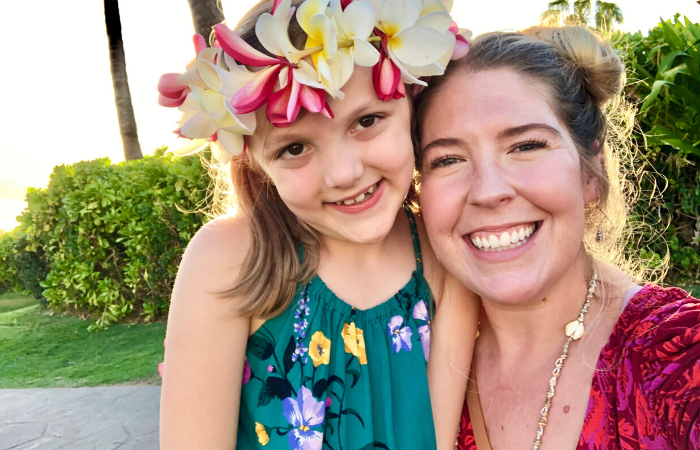 What’s a review without some negatives/constructive feedback? Here’s what left me feeling a little eh…

[BESIDES THE CURRENT PRICE HIKE OF COURSE]

Starting with the valet as soon as we pulled up (just FYI you don’t valet at the main entrance, it’s the entrance just south of the main one), overall the staff and service at the Grand Wailea leave a lot to be desired (not just based on this visit but over many visits over many years). There’s definitely no “special” feeling. The luau grounds aren’t permanent…it’s just an empty lawn that they set up and tear down every day so it didn’t quite have the feel of say, the Old Lahaina Luau. Little things like having to step over power cords, or the light rigs being on stands right by the stage so your pictures won’t be quite as clear and crisp. *EDITED TO ADD: This probably isn’t as relevant since they’ve built more permanent grounds.

We didn’t do the VIP tickets so by the time we got inside, we really only had 15-20 minutes to do the activities before the Imu ceremony started. We might have had time to do more than just get the hakus, but things didn’t seem to be set up super efficiently. For example, at the ukulele lesson, uncle was giving a lesson to one person at a time instead of small groups. We didn’t have a bad time, but it definitely didn’t feel like as much of an “experience” as other luaus I’ve been to.