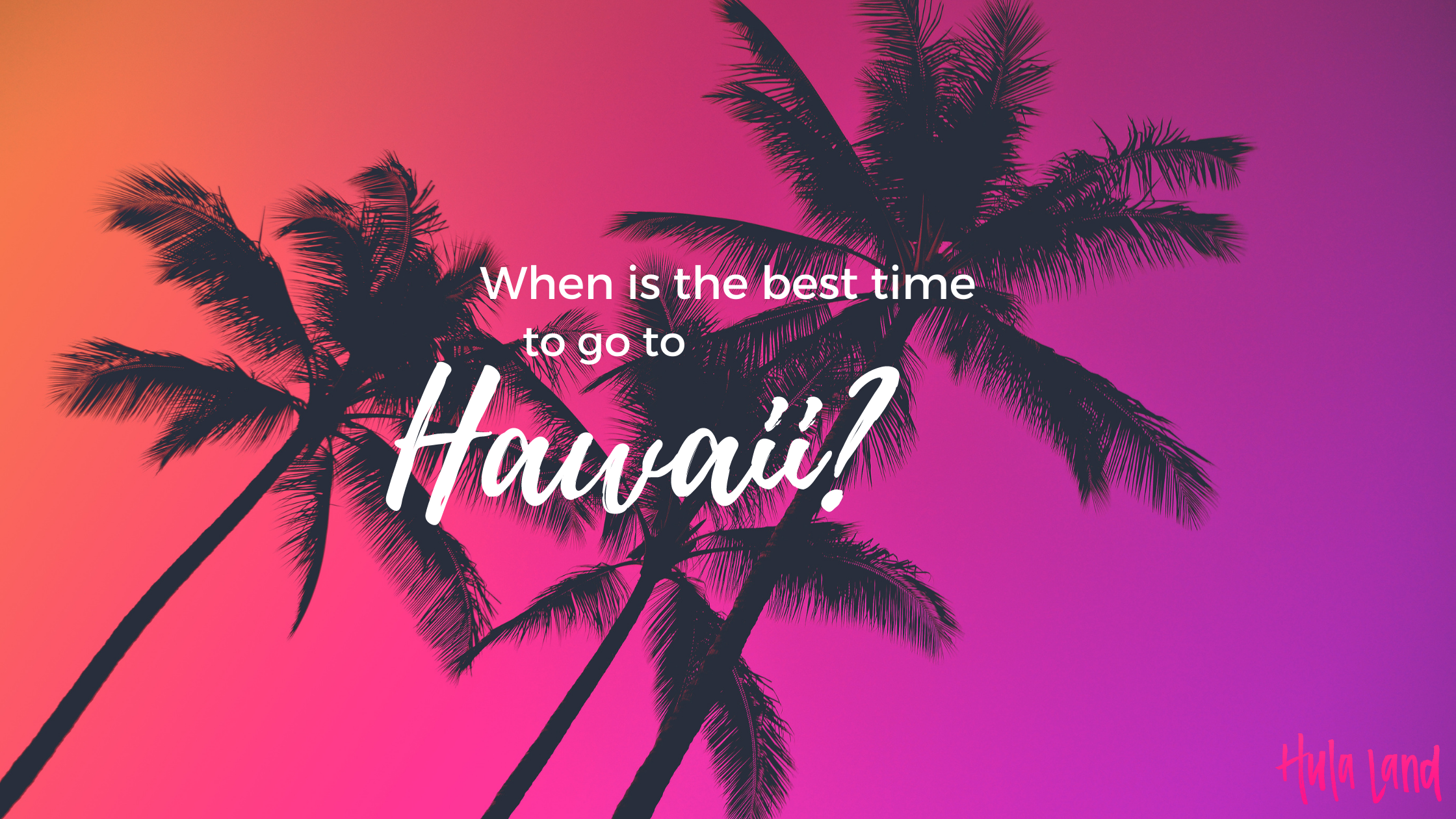 When is the best time of year to go to Hawaii?

This is a question I get asked a lot. Deciding what time of year to visit Hawaii is likely the first decision you’ll make about your trip. A trip to Hawaii isn’t cheap and it’s a long haul over there so most people want to make sure they’re picking the best time to go. While I think anytime is a perfect time, some months are better than others depending on what’s important to you. When choosing dates to travel, most people are driven by weather, price, or wanting to experience something seasonal (like seeing the humpback whales).

As far as weather goes, Hawaii is pretty temperate year round, but their seasons technically match ours on the mainland. Our summer is their summer and our winter is their winter. “Winter” is a relative term in Hawaii, but what it mostly means are big waves and more rain. Winter is the wet season in Hawaii so while most resort areas on the Hawaiian islands occupy the leeward (dry and sunny) side of the island, if you’re venturing to the north shore or any jungle areas, you’ll likely experience more rain in the winter months. It’ll also be much lusher and greener and you’ll see more waterfalls. 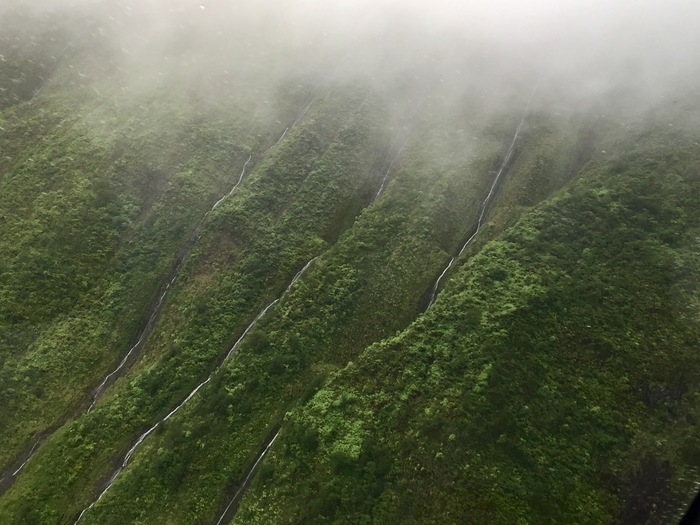 The winter months also bring big swells and surf competitions (on Oahu) and many stellar snorkeling spots (Honolua Bay on Maui, Waimea Bay on Oahu, and Tunnels on Kauai) aren’t snorkelable (is that a word??) in the winter. But you will get to see some of the best surfers in the world taking on some of the world’s most famous breaks.

The difference between “winter” and “summer” is a bigger deal to locals than tourists. Unless you’re visiting the higher elevation areas of Maui and the Big Island, you aren’t likely to notice a difference in the temperature. Just remember, winter generally means more rain. And while hurricane season in Hawaii is technically June-November, hurricanes are pretty rare.

When is the cheapest time to go to Hawaii?

There is no “off season” in Hawaii. The weather is pretty consistent and people from all over the world flock to Hawaii year round. I like to classify the 3 distinct travel periods to Hawaii as peak holiday season, peak summer season, and shoulder season.

Peak Holiday Season: The winter holidays (Christmas and New Year) are the most popular time to visit Hawaii and also, the most expensive. Airfare skyrockets this time of year and you’ll pay a premium at every resort and condo in the islands. If you’re traveling on a budget, avoid Christmas! I would block out the last two weeks of December and the first week of January.

Peak Summer Season: June, July, and the first half of August are when summer crowds flock to Hawaii. Though nothing like Christmas in terms of crowds and prices, the summer months still attract a fair number of visitors and airfare prices sometimes reflect that. If you’re working with some kind of external factors (school schedules, ability to take vacation days from work, etc.) summer is still a good time to plan a trip to Hawaii. You may not find airfare or accommodations at their rock bottom, but you can still find plenty of bargains during this time of year. While summer is cheaper than the holidays, it’s still quite crowded (kids are out of school) and while not as expensive, also isn’t the cheapest time of year to go. 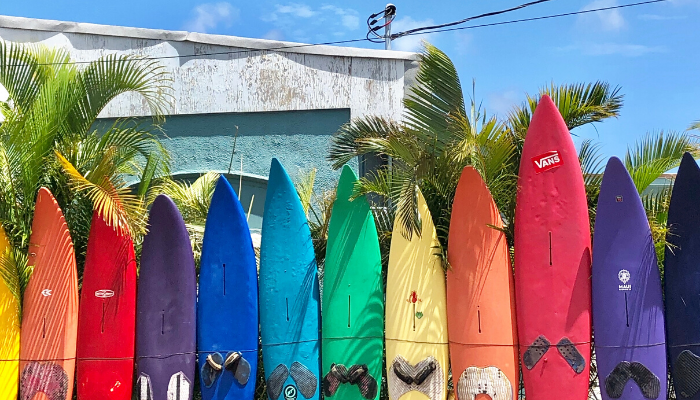 *Side Note: If you’re looking for a rental car for your trip, I LOVE Discount Hawaii Car Rentals. They’re seriously the only company I ever use. They’ll give you the very best prices, you don’t have to reserve with a credit card or pay until you show up, you can cancel and re-book anytime if you find a better rate, and they usually have a special that adds additional drivers for no fee. It’s a no brainer. Click here to check rates for your trip.

Shoulder Season: There are two main shoulder seasons in Hawaii: between the peak holiday and peak summer seasons (this would include stretches from January to May) and between the peak summer and peak holiday seasons (this would include stretches from mid August to mid December). There are a couple of exceptions during these periods including the spring break period in March (no specific dates since it’s regional but this generally affects the 2nd and 3rd weeks of March the most), the week or so around Easter in April, and Thanksgiving in November.

So assuming you’re going to travel to Hawaii during shoulder season (that’s when you’ll find the best bargains!), when is the ideal (and cheapest) time to go? I mean, that shoulder season is almost 6 months out of the year! Of course, much of the “perfect time” will likely depend on your personal calendar, but here’s my two cents:

RELATED: Which Hawaiian Island Should You Visit?

How Much Does a Trip to Hawaii Cost?

How to Find Cheap Airfare to Hawaii

Mid January-Early March: This window will keep you away from holiday and spring break crowds (and airfare hikes), but will still allow you to escape a cold mainland winter for a little tropical sun. This is also prime whale season in Hawaii (the humpback whales migrate to the warm waters of Hawaii during the winter months). The only draw back to visiting Hawaii during the winter is that it’s the “rainy season.” You likely won’t notice this in the resort areas because they tend to be built on the driest and sunniest sides of the island, but if you’re venturing to the north shore or jungly parts of the island, this is the time of year they experience the most rainfall. It’s also when they’ll be greenest, lushest, and flowing with the most waterfalls. Another negative is that if you’re a major snorkeler or diver, many popular spots will be blown out with major surf.

April & May: This window is one of the cheapest times of year to visit Hawaii. You’ll find some great airfare deals. Humpback whales are often spotted well into April (especially around Maui) so this is a great time to see whales on a budget ; ) By this time of year, Hawaii is starting to see “summer weather” meaning less rain and calmer water, especially in popular surfing areas which often are great snorkeling spots during the summer. The only con to visiting Hawaii this time of year is that a tropical getaway may seem slightly less enticing as temps start to warm up on the mainland! 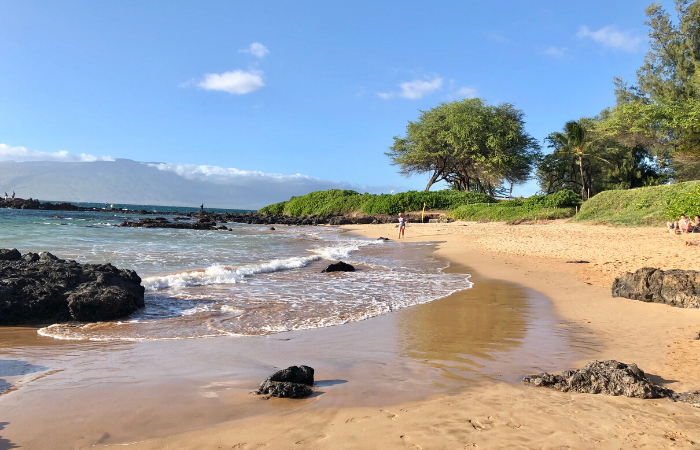 Mid August to Mid October: This is the other “cheapest time of year to go to Hawaii.” You can find great airfare bargains during this time. Kids have just started back to school (an end to the summer travel season) and holiday travel hasn’t started yet so it’s a nice little lull. You’ll have mostly summer weather although October is usually the transition month. This mostly affects some snorkeling spots (Waimea Bay on Oahu, Honolua Bay on Maui, and some places on the north shore of Kauai) as well as some activities like doing a Napali Coast boat tour that leaves out of Hanalei Bay on the north shore (they’ll move to south shore routes in the winter which are less spectacular). The only drawback to visiting Hawaii during this time period is that it’s technically hurricane season, but hurricanes are extremely rare around Hawaii so this isn’t much of a factor.

Mid October to Mid December: With the exception of Thanksgiving (which isn’t all that bad), this is a surprisingly slow time of year to visit Hawaii. You’ll be able to escape cooling mainland temperatures while still being able to score airfare bargains. You’ll also be able to catch the humpback whale migration. The only “con” to visiting during this time of year is that this is the beginning of winter meaning it’s the “rainy season.” This won’t affect you as much in the resort areas of the islands because they’re usually built on the sunnier sides of the islands. But expect more rainfall in the jungle areas (more waterfalls though!) and north shore.

When is whale season in Hawaii?

Humpback whales migrate to the Hawaiian Islands every winter to feed, breed, and have their babies. The first ones usually arrive by late October or early November and they’ll stick around through April with February being the peak of the season. 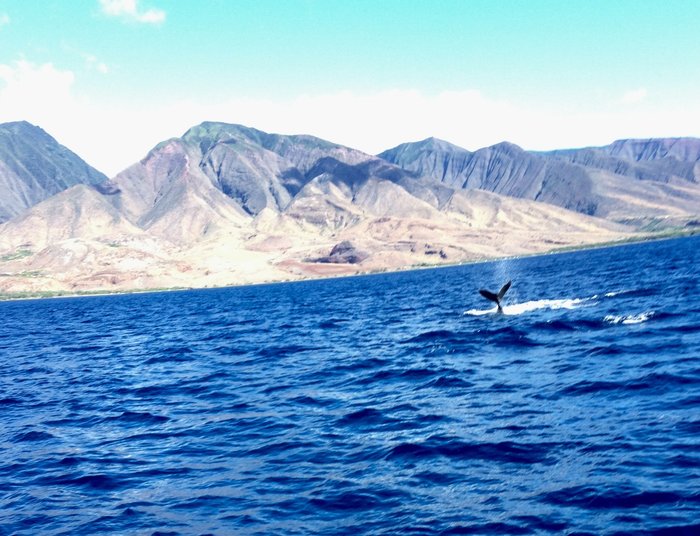 My Favorite Time to Visit Hawaii

Best Time to Visit Oahu: The weather is pretty even year round on Oahu, but you will find generally cooler temps in the winter months plus more rain (especially on the north shore). Winter surf competitions make the north shore crazy crowded, so unless you’re planning a trip specifically to see one, you may check dates in advance and avoid those times. Also, expect high surf along the north shore in the winter so popular snorkeling spots aren’t accessible.

Best Time to Visit Maui: The resort areas of Maui generally experience dry, sunny weather year round, but you may notice slightly cooler temps in the winter months plus more rain. You’ll notice the biggest change in the weather upcountry. Winter months bring more cloudy weather (it’s harder to get a clear view of the island from up on Haleakala), more frequent rain, and chillier temperatures. It’s unlikely that you’ll be staying in this area (just visiting on a day trip), so if you pack accordingly, you should be fine. Winter months also make for a more spectacular Road to Hana trip. Although it rains a lot more frequently, everything is way greener and the waterfalls are really flowing. Maui is also the best island for whale watching. Although you’ll be able to spot them on all of the islands, Maui is where they particularly flock to. They usually start to arrive by November and stick around until April, but December through March is prime season. 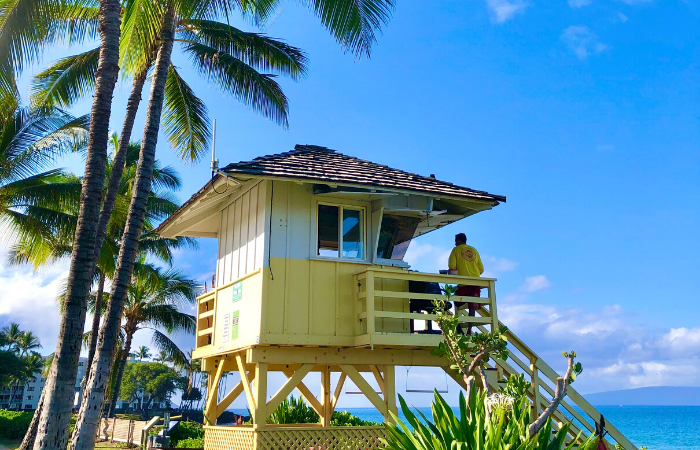 Best Time to Visit Kauai: Kauai’s lovely north shore (so green and lush!) gets rain almost every day in the winter, which is what makes it so beautiful but it can be frustrating when you’re trying to plan a vacation around it. Summer months are usually drier on the north shore, although it’s still the rainiest part of the island. The south side gets way more sun (year round), but isn’t as pretty. I prefer traveling to Kauai April-mid October to miss most of the rain. I also like to do a Napali Coast boat tour out of Hanalei, and those only run in the summer. While there are Napali Coast boat tours that leave out of the south in the winter, it’s pretty common for them to get canceled due to high surf, so if you’re really wanting to see the Napali Coast, summer months are better.

Best Time to Visit the Big Island: Kona side (the west side of the island) is the dry, sunny side and is generally pleasant year round. The Hilo side of the island is the wet side and while it gets a lot of rain year round, it gets more in the winter. And just like the Maui upcountry, the Big Island upcountry areas experience cloudy weather (fewer clear views at Mauna Kea), more frequent rain, and chillier temperatures in the winter months. One of the biggest natural factors that will affect a trip to the Big Island is lava flow (if you’re interested in seeing the volcano), but unfortunately it’s subject to change at any moment and of course not dependent on time of year.