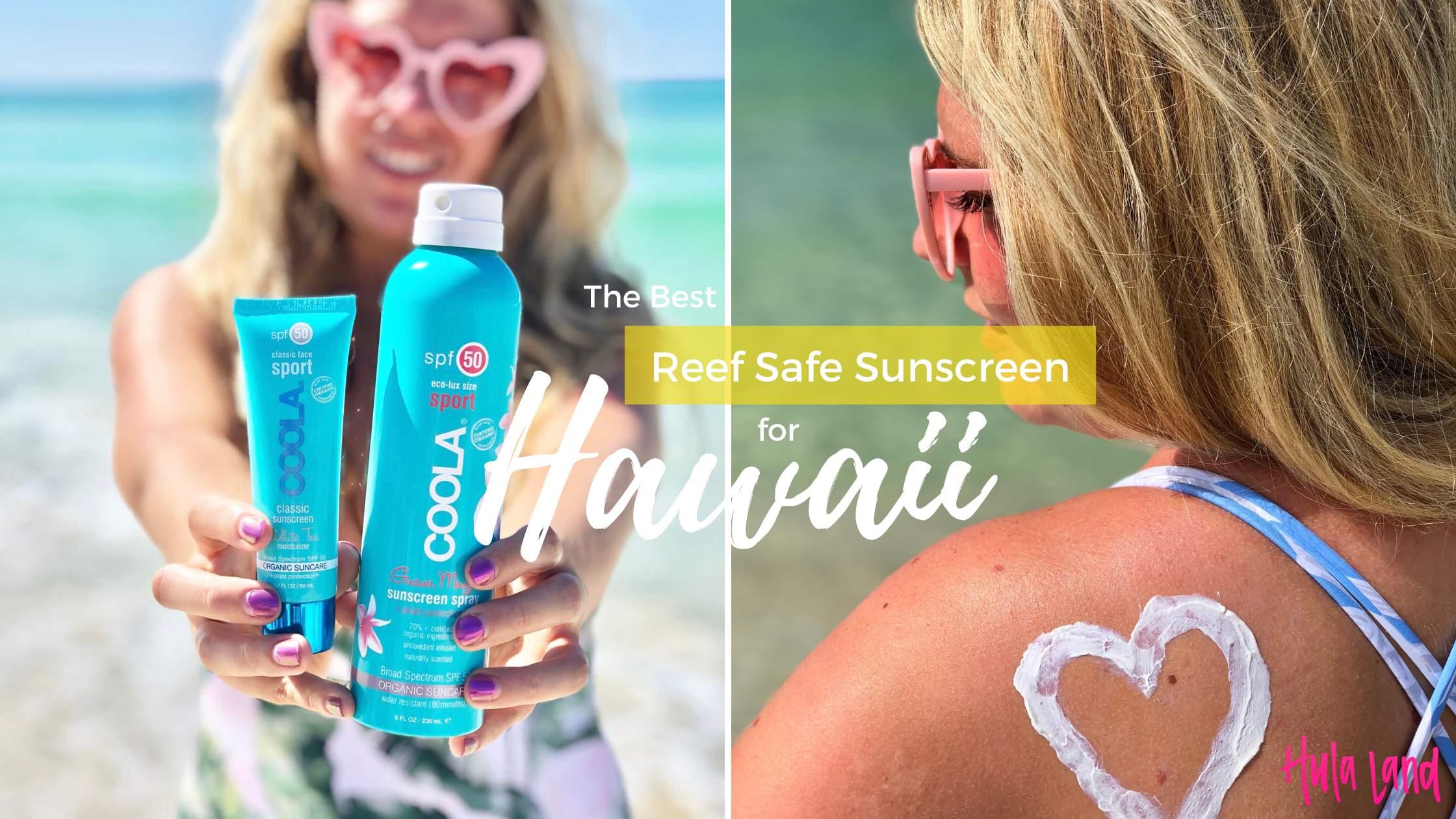 Reef safe, reef friendly, organic, mineral based, chemical free…there are a lot of buzzwords floating around when it comes to sunscreen. Recently I’ve been getting a lot of questions about the sunscreen situation in Hawaii. Are there laws about sunscreen in Hawaii? Why do sunscreen ingredients matter? And what is  the best reef safe sunscreen for Hawaii? Read on to find out…

Why the Hawaii sunscreen chemical ban?

The bill bans two ingredients/chemicals, oxybenzone and octinoxate, which help filter UV rays, but have also been found to cause bleaching, deformities, DNA damage, and death in coral when deposited in bodies of water.

One study has estimated that as much as 412 pounds of sunscreen is deposited daily at Hanauma Bay on Oahu (one of the most popular snorkeling spots in Hawaii).Yikes!

Obviously, there are supporters and critics of the ban. Some critics say the limited options for sunscreen now available will result in less sunscreen being used (bad for skin!) while others say that the list of ingredients banned isn’t extensive enough (bad for the ocean!). 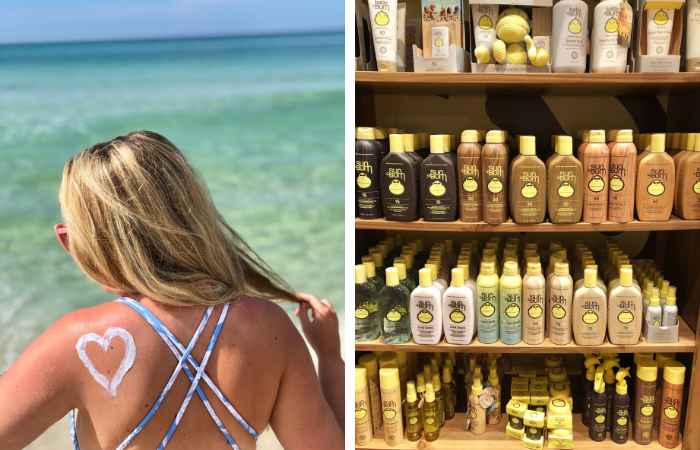 What does reef safe mean?

The name implies that “reef safe” sunscreens are made of ingredients that are, well, safe for coral reefs. However, the phrase “reef safe” isn’t regulated and like the phrases “organic” or “clean” and is pretty open to interpretation.

While the ban in Hawaii is focused on oxybenzone or octinoxate, these aren’t the only two chemicals commonly contained in sunscreen that are believed to be harmful to coral reefs.

In this post, I’m going to recommend both reef safe AND reef friendly options (but I’ll be sure to note which are which).

I’ve tested out quite a few reef safe and reef friendly sunscreens in the last few years, and here are my favorites…

Coola is hands down my favorite sunscreen brand right now. It’s the perfect blend of an organic/natural sunscreen that keeps nasty chemicals to a minimum but is also convenient to apply. You know what they say…the best sunscreen is the one you’ll wear. 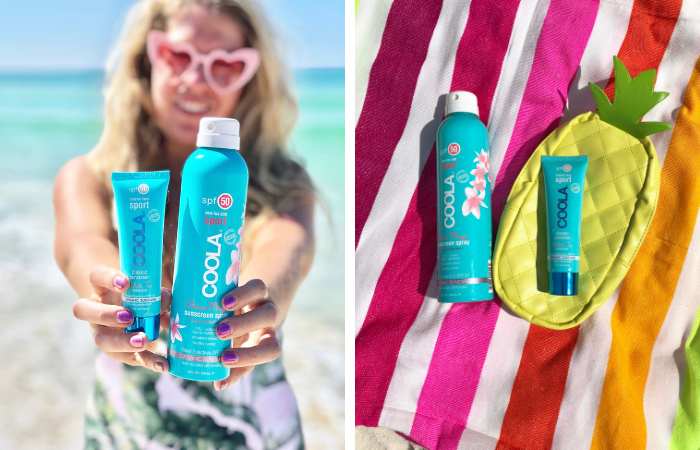 Reef Friendly Version: I LOVE Coola’s Eco-Luxe Spray (the guava mango scent is my favorite). It’s reef safe (does not contain oxybenzone or octinoxate) and it’s a CONTINUOUS, CLEAR spray. This is huge to me. There are a few cheaper, organic spray sunscreens (some that are reef safe), but they spray on white and you have to rub it in. I don’t know about you, but I don’t have time for that at the beach. Yes, Coola products aren’t cheap, but I’ve found them to be a home run because of the ingredients/convenience factor. Also, their face sunscreens are one of the few that doesn’t make me break out.

Reef Safe Version: Coola’s mineral line has a whole range of products with ingredients that I would consider to be more in the “reef safe” category than “reef friendly.” They have your basic body lotion, a spray version, and a face version. They claim to have no white cast (which is a common complaint with mineral sunscreens) and while it’s certainly less than many other mineral sunscreens I’ve tried, I wouldn’t say it’s 100% transparent either. But like all Coola products, their mineral sunscreens smell great and apply really smoothly.

Reef Friendly Version: SunBum is one of the major brands in the “high end” sunscreen niche. They used to call themselves “reef safe,” but they’ve been called out on that since their main line does contain some chemicals that may be harmful to reefs (however they don’t include oxybenzone or octinoxate). This is my favorite lotion sunscreen because it goes on so smooth and smells really nice.

Reef Safe Version: SunBum’s mineral line is completely reef safe (it basically only contains zinc oxide) but like all mineral sunscreens it has a bright white tint which even when rubbed in tends to make skin appear a little ghostly. I’m not a fan of that however I do like to keep a small bottle of it in my beach bag to double up on areas that burn easily (shoulder tops) or patches that have already had a little too much sun.

I think the great thing about high traffic tourist destinations adopting these standards for sunscreen ingredients (Key West has since followed Hawaii’s lead), is the number of brands that are stepping up to the challenge and coming out with environmentally friendly sunscreen options. These are just a couple of my favorite brands, but there’s even more that I’m excited to try out soon!