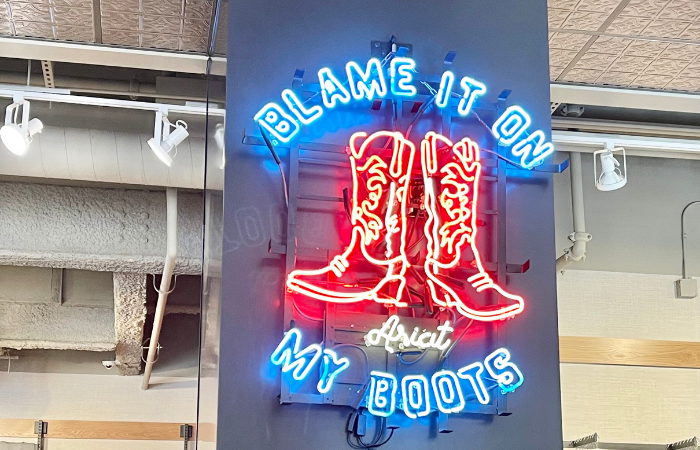 So armed with a long list of legendary country music sites and newer spots to check out, I made a pretty good dent during the 3 days I was in Nashville. So here’s the scoop on what’s a don’t miss, what’s become more touristy than gritty, and what you can skip altogether: 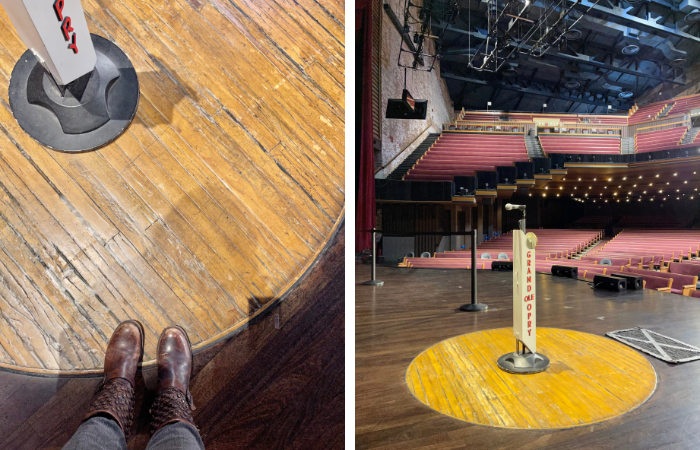 Grand Ole Opry: If Nashville is the home of country music, the Grand Ole Opry is it’s living room ; ) The iconic radio broadcast is going on 100 years and for the last 50 years it’s been held at the Opry House east of Nashville on the Cumberland River. Shows are performed live every Friday and Saturday night (some weeknights during high season) and it’s not uncommon to see country music’s biggest stars. Read this post about how to tour the Grand Ole Opry. 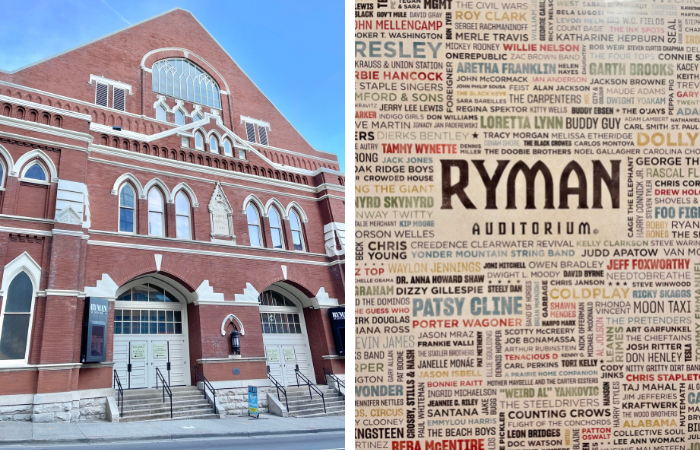 Ryman Auditorium: The Ryman is Nashville’s most iconic live performance venue and it’s world renowned for having amazing acoustics. Nicknamed the “Mother Church of Country Music” as it was home to the Grand Ole Opry from 1943-1974, it’s a don’t miss for sure. Get tickets to a show (so many people play the Ryman, not just country music acts) or read more about a tour. 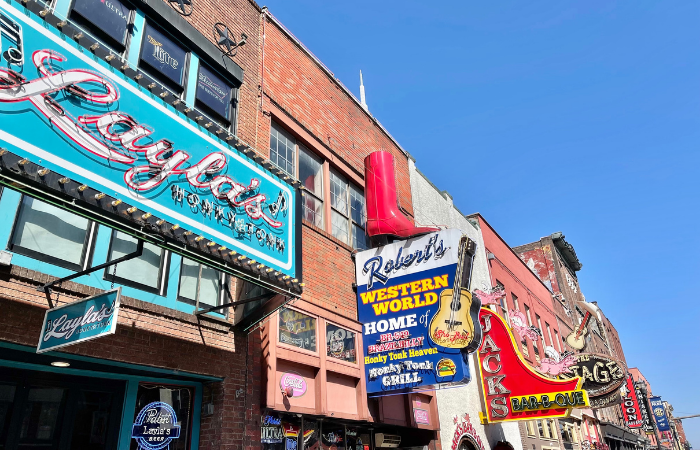 Honky Tonk Highway: It may be bachelorette party central now, but the stretch of Broadway from 5th to the river is still home to a few of Nashville’s original honky tonks. If you’re not familiar with the term, a honky tonk = a bar that plays country music. While it’s more tourist oriented now than a place where the next big thing is likely to be discovered, there’s a few worth checking out. 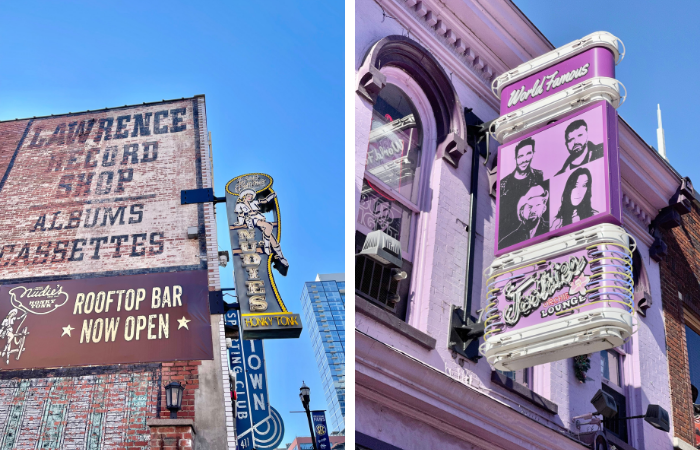 Tootsie’s Orchid Lounge rose to legendary status since it shared an alley with the Ryman and stars there to play the Grand Ole Opry would often pop in for a drink and a song while they waited. Robert’s Western World, The Stage, and Nudie’s are all originals. The music starts at 10AM and rolls until 3AM. Even if you’re not interested in the scene, it’s worth a stroll down the street midday to hear the music and see all the neon signs. 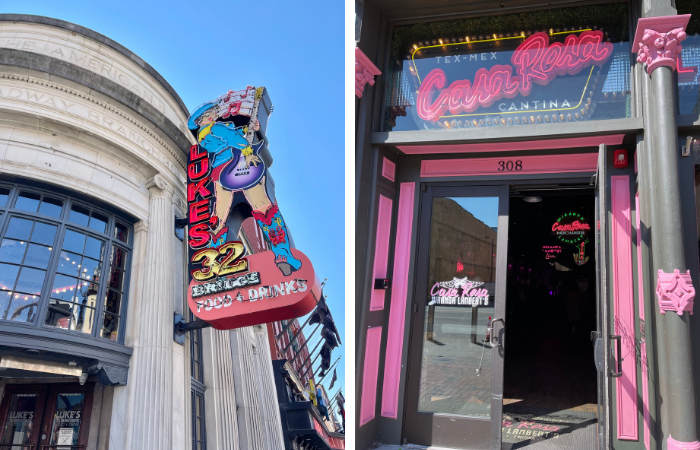 Big Name Bar & Grills: Besides the handful of remaining original honky tonks on Broadway, the area is pretty much wall to wall bar and grill type places owned (or at least branded) by country music stars. Blake Shelton, Miranda Lambert, Alan Jackson, Dierks Bently, Jason Aldean, Luke Bryan, Florida Georgia Line, Kid Rock, Jimmy Buffett and MORE all have places on Broadway. They all have bars and live music, but they’re a little more open feeling and all serve food. If you’re not 22 and you need something a little more than a dark bar, these spots are a pretty good compromise. 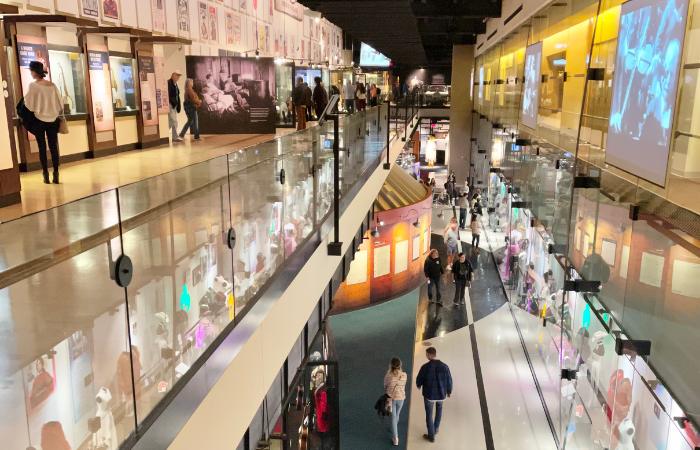 Hatch Show Print: You can do an interactive tour at Nashville’s legendary print shop through the Country Music Hall of Fame. Tour the studio and even get the chance to screen print your own poster. Get tickets here.

Historic RCA Studio B Tour: Your only chance to tour a live recording studio in Nashville just happens to be one of the most historic studios in Music City. The Country Music Hall of Fame organizes tours of the historic RCA Studio B where greats like Elvis Presley and Dolly Parton. Book tickets for the tour here. 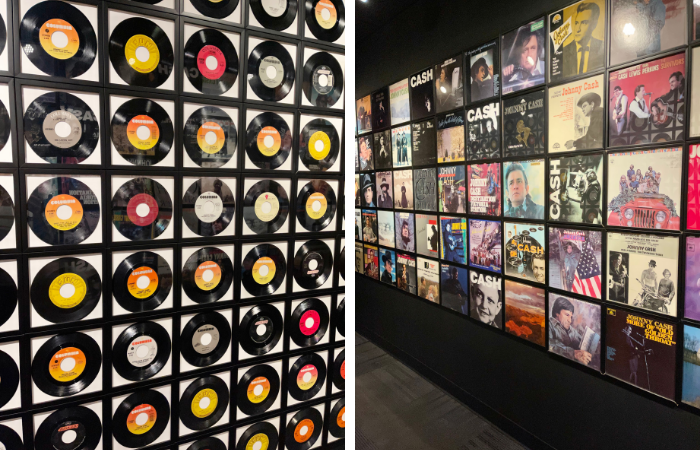 Johnny Cash Museum: There’s become a trend of opening up musician focused “museums” on Broadway to pick up some of the tourist crowds who are looking for something to do other than drink. I say “museums” because I’d almost classify them more as attractions. The Johnny Cash Museum is the biggest one and definitely the most well done. If you’re a fan of the man in black, I’d say it’s worth the $25 for a 45-ish minute look around. Entry isn’t regulated though (timed), so the first room you enter can get pretty crowded if a lot of people show up at the same time. I’d suggest moving on through and then circling back when it’s cleared out (you can’t exit and reenter though so just retrace your steps before you exit). Grab tickets here. 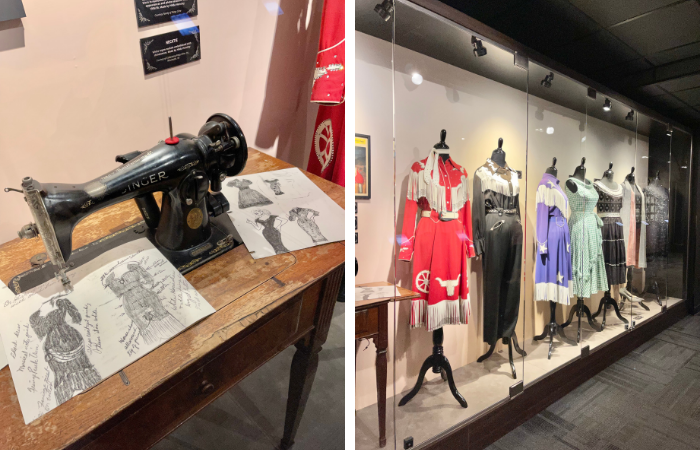 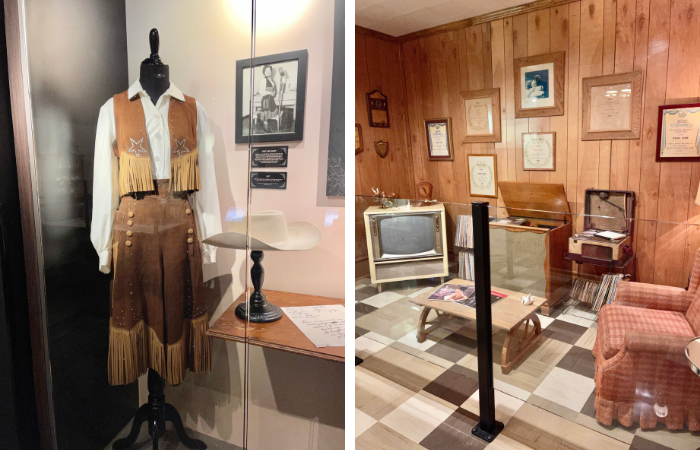 Patsy Cline Museum: Located on the second floor of the Johnny Cash museum, the Patsy Cline museum requires separate admission. It’s a well done museum (more what I would call an exhibit) and interesting to learn about her career and life (so short!). The highlight was seeing her outfits that she designed herself and also recreations from a couple rooms in her home. But it cost about $20 and we spent about 20 minutes inside. I wouldn’t say it’s the best entertainment value. It really should be included in the admission to the Johnny Cash museum. So, if you’re a super fan it’s worth a peek. But it’s hard to justify the cost if you’re not. 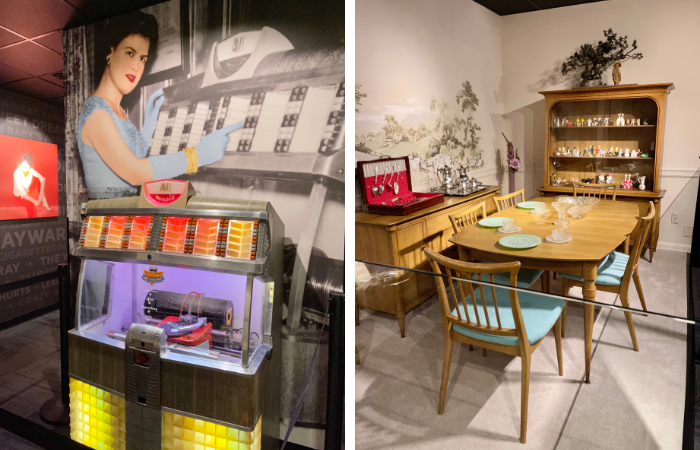 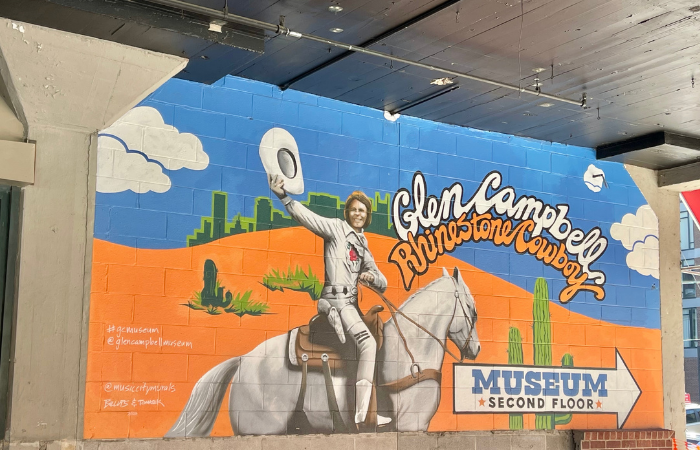 Glen Campbell Museum: I didn’t make it to this museum, but I suspect it’s similar to the Patsy Cline one. At $20/person and a suggested tour time of 45 minutes (that’s usually pretty padded-I’m guessing you can see the whole thing in 20 minutes) that’s a pretty high entertainment cost. But maybe it’s worth it to see those famous rhinestone suits ; )

The Bluebird Cafe: Made popular with visitors from many appearances on the show Nashville, (but long known by locals and people in the music industry to be one of the best places in Nashville to scope out up and coming – and already successful songwriters) the Bluebird Cafe is an intimate listening room environment. Make reservations in advance-minimal spots are held for walk-ins. They serve a minimal food menu along with drinks. Even though it’s called a club, it’s not the kind of environment you’d think. All ages are welcome, but may not be best for young children who have trouble keeping quiet and still. Find more info here. 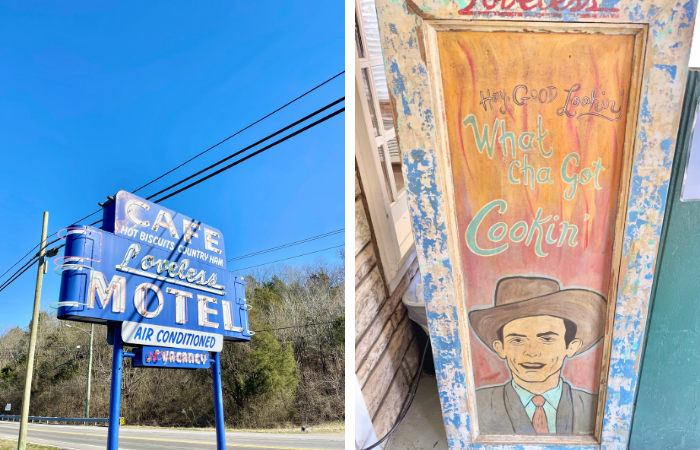 Loveless Cafe: About 15 miles outside of Nashville, the Loveless Cafe has been serving up home cooking for travelers since 1951. And they’ve got quite the list of a-list country music regulars. It’s a beautiful drive and the complex is well equipped to handle the crowds they get. Play a game of cornhole while you wait for your table and visit the shop to snag some goodies to take home. They’re known for their biscuits and you really can’t go wrong with anything on the menu. 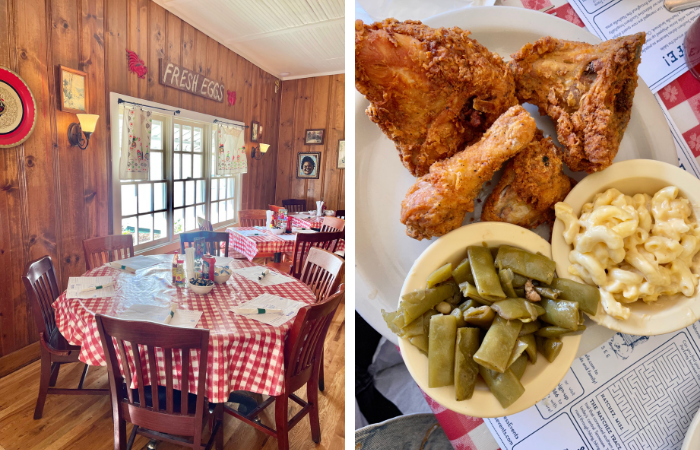