Dallas is a pretty quick drive from where I live, and as the “big city,” I’ve always got my eye on things going on in town and places that would make for a good quick getaway.

I love a good hotel stay, so when a good points redemption rate through Marriott Bonvoy came up at the Ritz Carlton Dallas, I jumped on it. Besides spending a night at a luxury hotel, I was particularly drawn to the Ritz because it’s within walking distance of the Dallas Museum of Art. I had been a few weeks early to check out a special Van Gogh exhibit they had, but didn’t have time to see the whole museum.

So off I went for a quick getaway to check out the Ritz and the surrounding area. 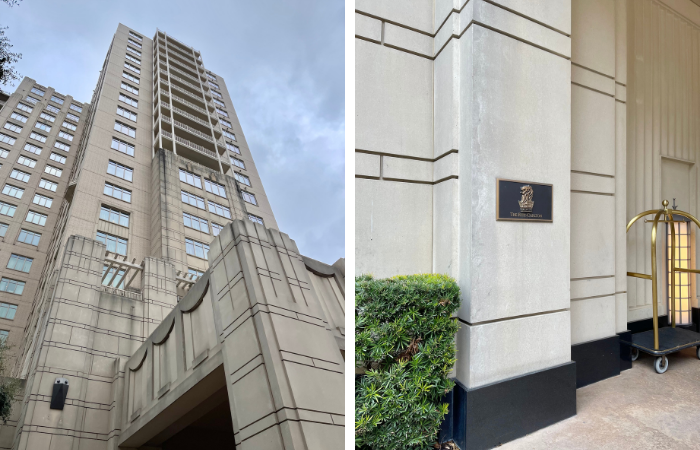 Dallas’ city center covers a lot of ground, but one of its more posh neighborhoods is just called “Uptown.” Mingling with the Arts District, uptown feels a lot like downtown (pedestrian friendly, tall buildings, no parking, etc.) but a lot cleaner, brighter, and nicer.

The hotel is just a couple of blocks from the Dallas Museum of Art and Klyde Warren Park (a gathering place of sorts with food trucks, play areas, and grassy lawns). It’s also next door to a Shake Shack (I mean really isn’t that all you need) and there’s a Starbucks about a block away too. And plenty of restaurants within walking distance. 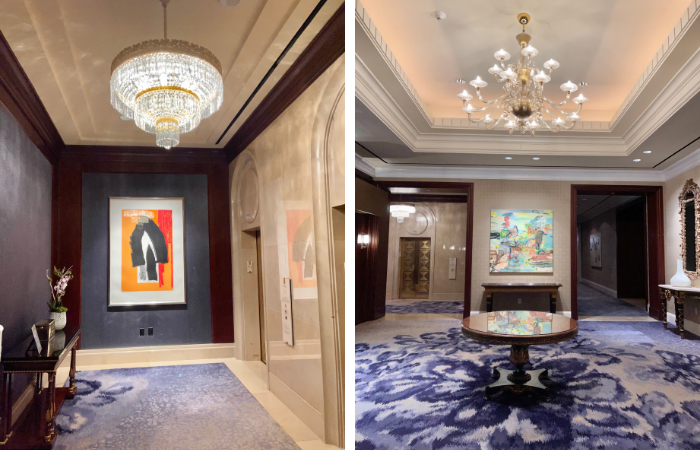 The Ritz Carlton Dallas has the typical Ritz Carlton vibe. Pretty luxurious on a grand scale. The lobby has those soaring ceilings and there’s plenty of marble everywhere. 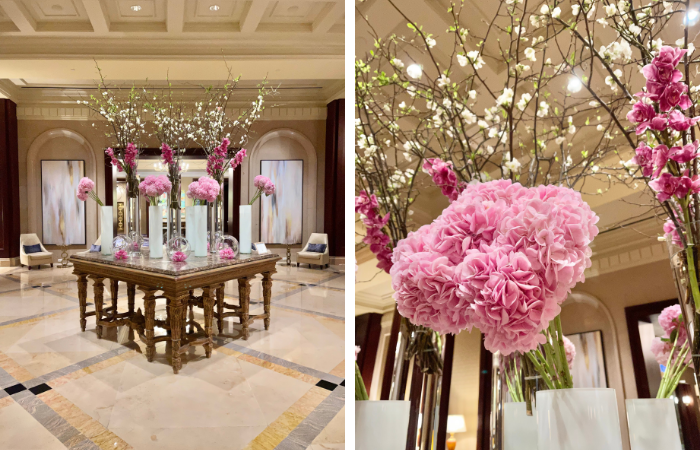 The rooms are a bit the same. Everything feels very nice, although a little dated (and in some cases even worn). We were upgraded to a junior suite and it was huge but overall I would say I was a lot less impressed with the room than I have been at smaller boutique hotels I’ve stayed at lately. 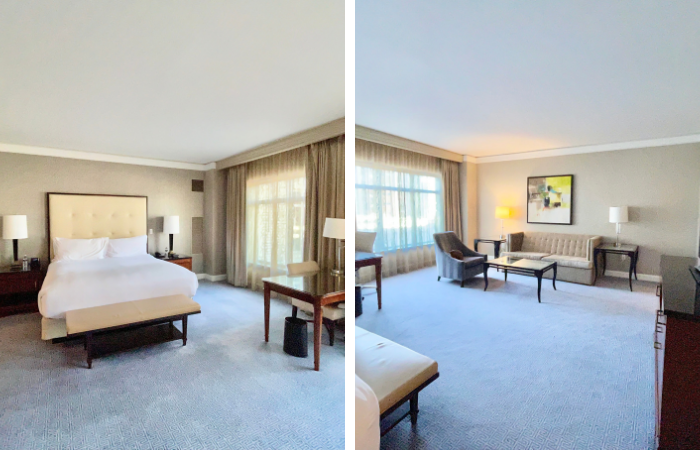 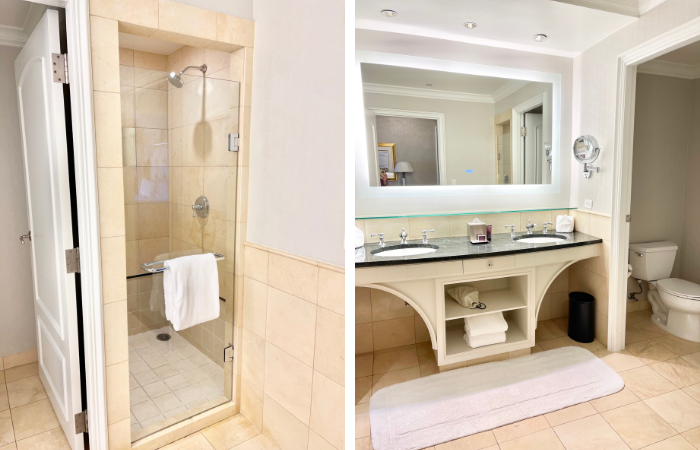 The pool area was really nice, although I only saw it briefly since it was pretty chilly and I didn’t make it to the spa, but I’ve heard it’s really great. 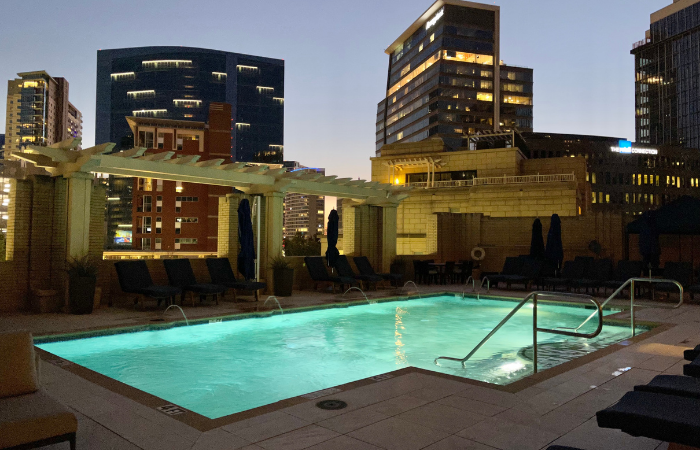 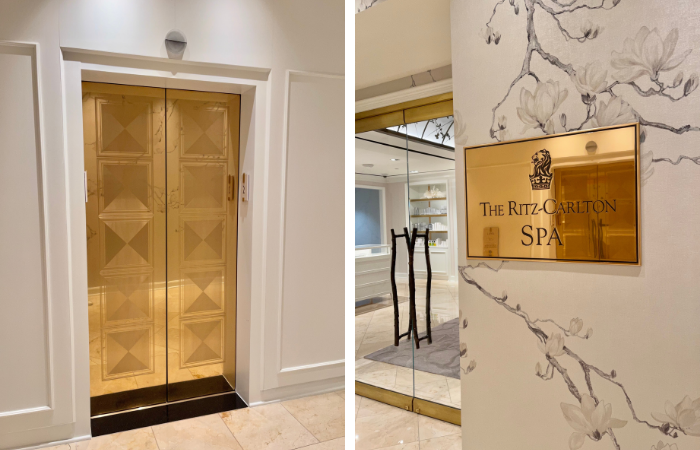 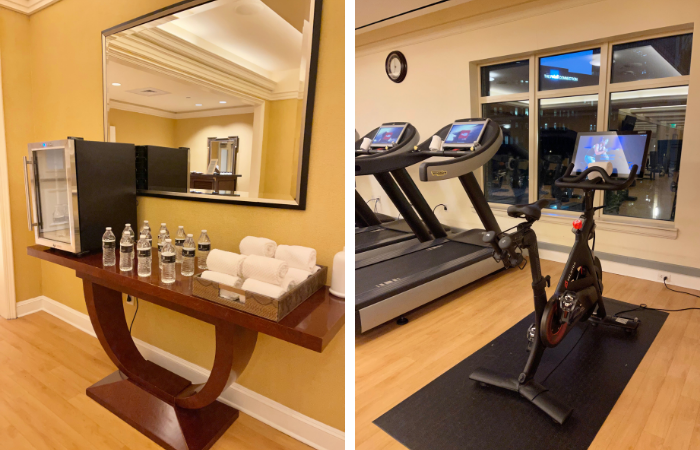 Overall, I would say the hard product of this property is…okay. Nothing much to complain about, but nothing to be blown away by either. But they REALLY get the soft product right. That’s the service and the intangible “extras” that make for an amazing experience.

I really just can’t say enough good things about the service. Every single one of the “ladies and gentlemen” of the Ritz Carlton Dallas were exceptional. And overall the whole property was staffed at a level that you would expect (not always the case these days).

We didn’t have daily housekeeping since we were only there for one night, but did get turn down service and while you’d think that would be standard at a place like this, it isn’t always.

By far my favorite little detail was the guacamologist in the lobby every evening. I mean, really? Every night from 6-6:30 there’s a complimentary guacamole and margarita service set up. I loved that it was a local touch and it gave the lobby a little lively atmosphere. 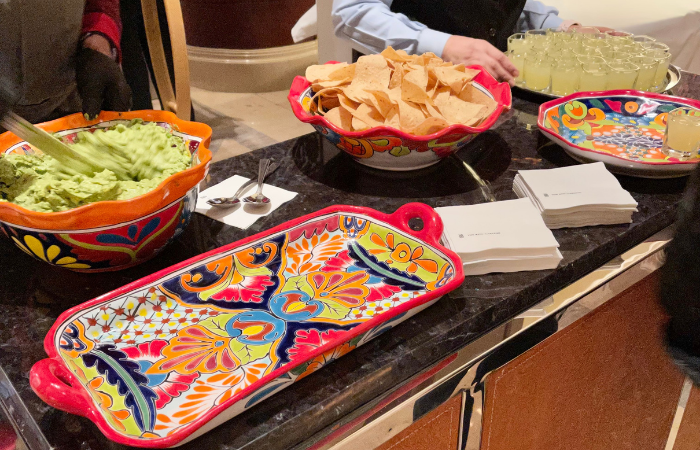 I’m not normally inclined to even try hotel restaurants because they’re generally pretty disappointing, but Fearing’s is touted as one of the better “fine dining” restaurants in Dallas so I decided to give it a try. We had Sunday brunch at Fearing’s and it sure didn’t disappoint. 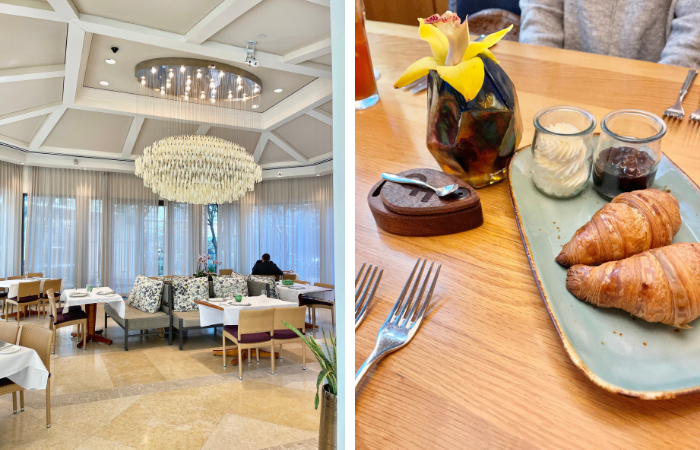 We had no less than three servers, but it’s not a stuffy place at all. The menu is pretty broad but we loved the cobb salad with chicken fried lobster tail (yep, you read that right), and the crab cake eggs benedict. Also the croissants were divine. 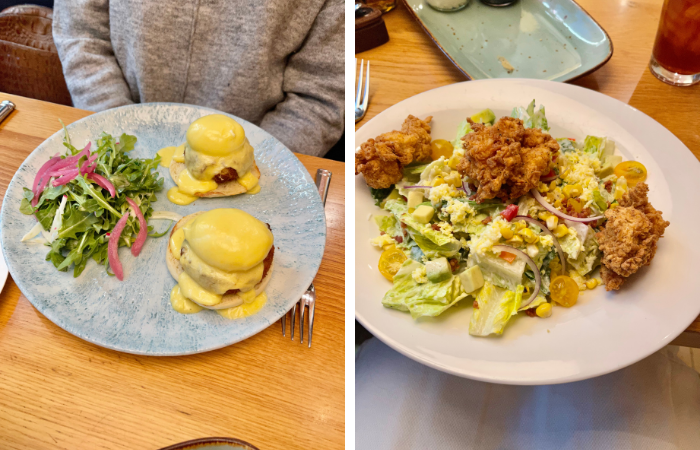 It’s more of a traditional restaurant (including the clientele-it’s not where the 20 somethings of Dallas go for a long boozy brunch with the gang), but I would say it’s very recommendable.

Love, love, love the location. Walking distance to everything in the Arts District and you’ll get a bit of that downtown city feel, but it’s squeaky clean.

You really can see why the Ritz has been the gold standard for service for so long. In my experience, service at luxury hotels is pretty hit or miss (at least it sure has been post COVID), but they definitely do it right here. Everyone from the valet to the concierge to check in to turn down to the restaurant staff was top notch. It’s the standout from the whole experience for me.

Like a lot of Ritz Carlton properties these days, the environment has a very “grand” feeling, but the rooms are a little dated. Very nice, but not up to par with more modern luxury hotels.

This is not a trendy “the place to be” type hotel in Dallas, but it’s pretty solid. Very welcoming for families and couples alike. 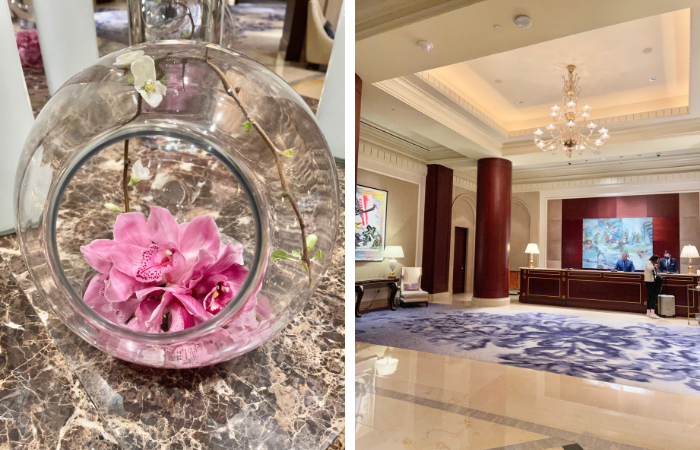 Let’s talk numbers. I booked this stay for a Sunday night in March (before spring break) when it had an uncharacteristically low point redemption via Marriott Bonvoy (50K). The cash price for a room that night was about $800 (not including destination fee and valet). I’m sure there’s a class of people that paying $800/night for a city hotel (in Dallas alas not even NYC) is not a big deal. But I can’t relate to that. This isn’t a resort in a vacation destination and at most I could see paying $500/night to stay here as a treat. Cash prices do dip that low sometimes on a Sunday or Monday night.

If this is all too high, high, high then try the Crescent Court Hotel next door. It’s next door and it’s high on my list of places to stay next time. All the great location benefits, it actually looks a lot more luxe and it’s quite a bit cheaper (like at least half the price).

You can book directly with the Ritz Carlton Dallas here.

Giddy up! 13 Things to Do at the Fort Worth Stockyards