St. Louis is famous for quite a few things (bbq, the arch, and baseball to name a few), but hosting the 1904 World’s Fair is kind of a big one. In 2022 it’s hard to even imagine the scale of a World’s Fair, but luckily for us you can still experience a bit of what the World’s Fair would’ve been like in St. Louis at the Missouri History Museum.

It’s not just that the Missouri History Museum has a pretty impressive exhibit on the 1904 World’s Fair in St. Louis (it does!), but the building that houses the museum was actually constructed FOR the World’s Fair. 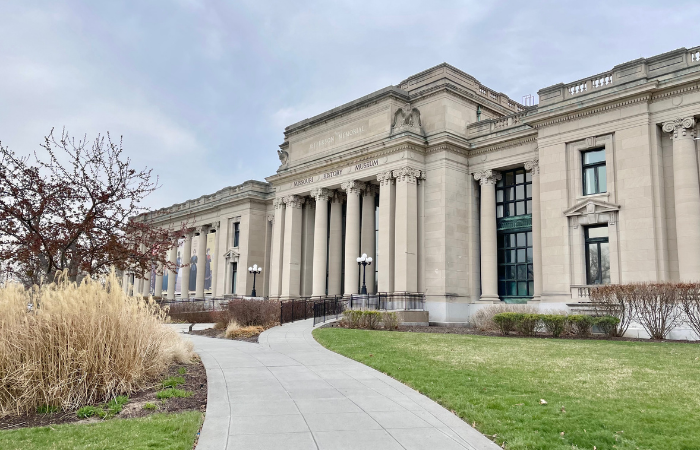 Historically, Forest Park (now one of St. Louis’ oldest and most prestigious neighborhoods) was almost entirely built for the World’s Fair and a lot of the original buildings and layouts can still be seen today.

Forest Park is a bit like St. Louis’ Central Park. It’s a beautiful grassy area with plenty of mature trees and houses some of the city’s best attractions (the zoo, art museum, history museum, boathouse, and Jewel Box botanical gardens). 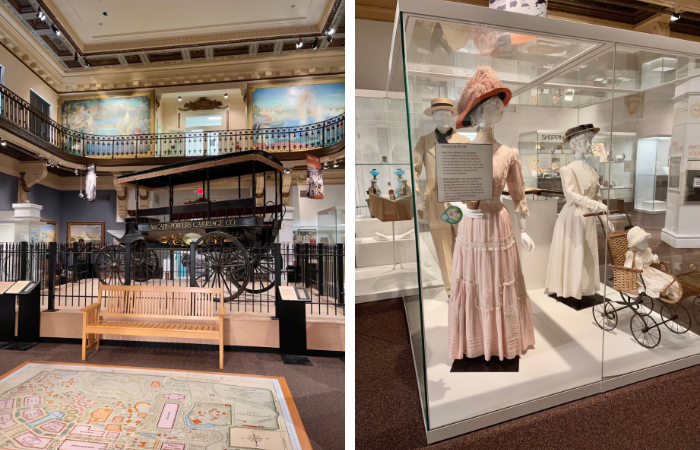 The St. Louis Art Museum was the only permanent exhibition built for the 1904 World’s Fair and as the words inscribed above the entrance read, the museum is still “dedicated to art and free for all.” The zoo is carved from leftover fair exhibits as is the Boathouse and the remaining World’s Fair Pavilion.

So plan to spend some time tooling around Forest Park to get a feel for the fairgrounds before settling into the Missouri History Museum for a couple of hours. 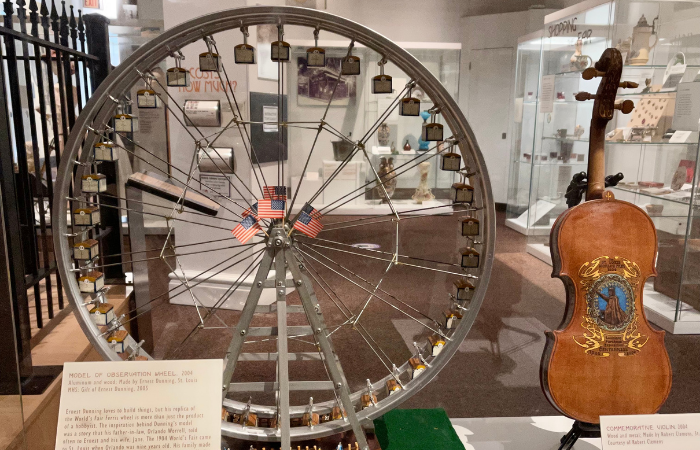 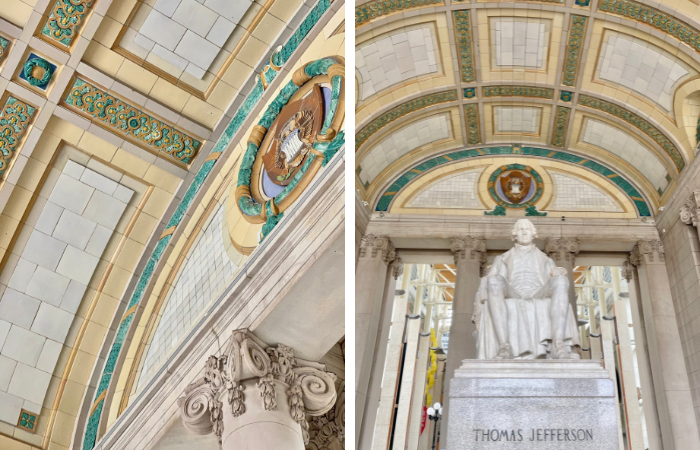 A bit about the museum: like most Forest Park attractions, the museum is free to visit and provides pretty good free onsite parking. It’s closed on Mondays. There’s a really good gift shop and a nice onsite cafe if you need a snack break. 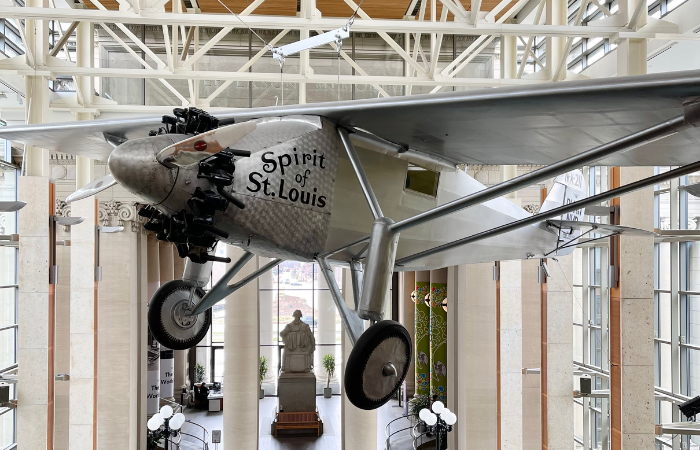 It’s a really good sized museum, but not terribly overwhelming. On the lower level you’ll find the exhibit about the 1904 World’s Fair in St. Louis. There’s also some rotating exhibits. When I visited they were showing The St. Louis Sound (a history of music in the city) and Beyond the Ballot: St. Louis and Suffrage. 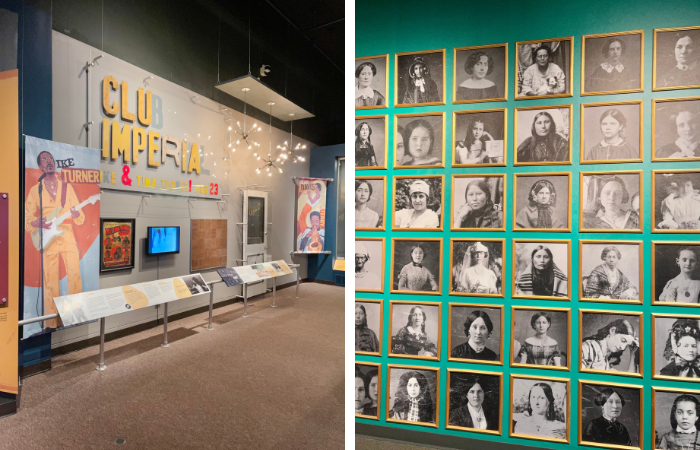 On the upper floor are two permanent galleries that tell the history of St. Louis and Missouri from the Lewis and Clark days to modern city planning. 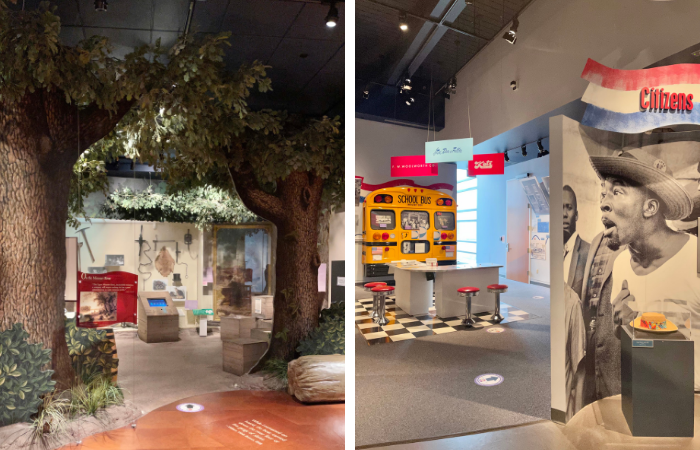 While it’s a really solid museum, I’m not sure it would be my top pick if you’re short on time. I’d probably prioritize the St Louis Art Museum and the City Museum downtown over this one, but it’s still a good place to spend a rainy day and of course if you’re interested in the 1904 World’s Fair, you’re going to want to check it out. You could easily pair it with a day at the nearby St Louis Art Museum or the zoo.

Meet Me in St Louis: Things to do at Gateway Arch National Park

Route 66 in St Louis: What to See & Do in the Largest City Mid-Route

Magnolia Hotel in St Louis: Where Actor Cary Grant Started the “Chocolates on the Pillow” Tradition