Miami is known for a lot of things…the beach, the party scene, the food, being so international…but my absolute favorite thing about Miami Beach is its Art Deco Historic District.

Miami Beach is one of the cities with the highest concentrations of art deco buildings in the world. The historic district in South Beach boasts 800+ buildings built between 1923-1943 and it’s really something to see!

But seeing it on your own just doesn’t cut it. 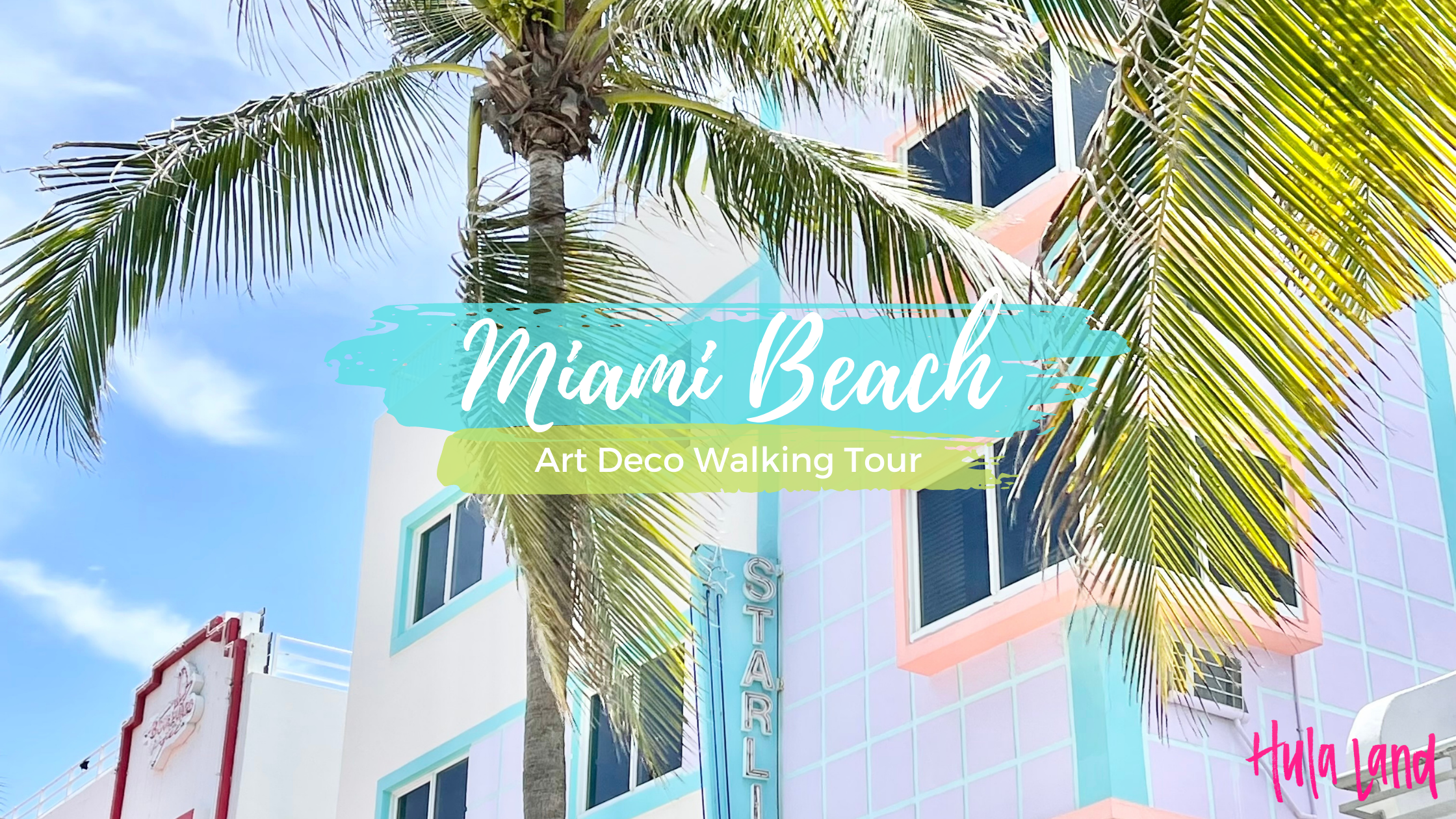 I did a 2-hour walking tour with James Cubby from Art Deco Walking Tours and IT WAS INCREDIBLE. He covered the Miami night scene as a reporter in the 90s and in addition to being recognized as a leading expert on Miami Beach’s art deco history, he knows ALL the juicy stories of Miami Beach’s past.

Despite this being an art deco walking tour, the tour is pretty evenly split between art deco architecture and the history of Miami Beach itself, which it turns out are pretty intertwined.

Miami Art Deco Tours usually offers at least two tours a day, but I would recommend the 10AM tour because it gets HOT, but there’s also an evening version that includes a cocktail tour that sounds fun fun fun.

The tour is incredibly well structured and moves at a pretty good pace from building to building with several AC breaks to duck into different noteworthy lobbies or restaurants.

I have to admit…while the best part of the tour is undoubtedly seeing the architecture, the guide is actually a really close second. James Cubby is almost as much of an attraction as the buildings. Not only is he extremely knowledgeable on Miami’s art deco, but his personal experiences as a reporter in Miami Beach make the stories weave together in such a cool way. 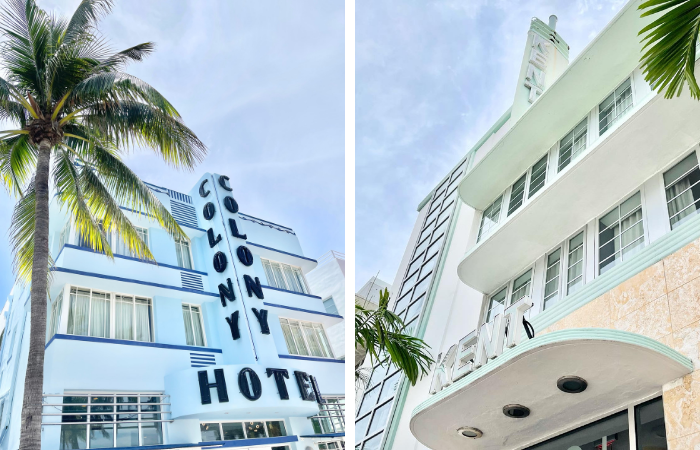 Keep reading for a little rundown of what art deco architecture is and how it became so significant in Miami Beach plus give you a few spots you definitely don’t want to miss:

NOTE: Everything I’m laying out in this post is stuff I learned on the tour, but it’s not everything from the tour and there’s nothing like hearing about it while you’re seeing it. My intent here is to convince you that this art deco walking tour is an ABSOLUTE MUST DO. Not only was it my favorite thing I did in Miami, it’s one of my favorite things I’ve done anywhere.

What is Art Deco?

Art deco is a style of architecture (and design) that reached its peak in popularity in the 1920s and 1930s. It originated in Paris, but today art deco architecture is found throughout the world. In the US, New York (Radio City Music Hall, Chrysler Building, Empire State Building, etc.) is the biggest hub with the largest concentration of art deco buildings, but internationally, the city with the most buildings is surprisingly Mumbai, India. 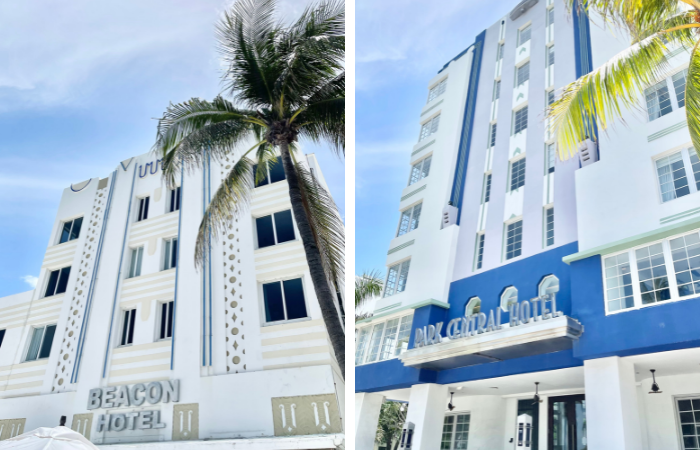 In general, art deco style is very symmetrical, often has a lot of curves, and features glass blocks or ornate and gilded decorations of geometric or floral designs.

While there are some principles and features of art deco that are pretty universal, there are also some that are unique to the destination, influenced by the environment, available resources, and the local economic situation. So here are some tidbits I picked up about Miami in particular:

A Few Things I Learned About Miami Beach Art Deco

Many Miami art deco buildings feature shade overhangs over the windows (they look like eyebrows) because of Miami’s extreme heat and lack of air conditioning at the time.

RELATED: Where to Stay in Miami Beach

A Laid Back Guide to Miami Beach

The names of the original buildings are often built in the marquees of many of the buildings and since it’s considered historical, it can’t be removed or altered. So many new hotels or businesses appear to have two names. 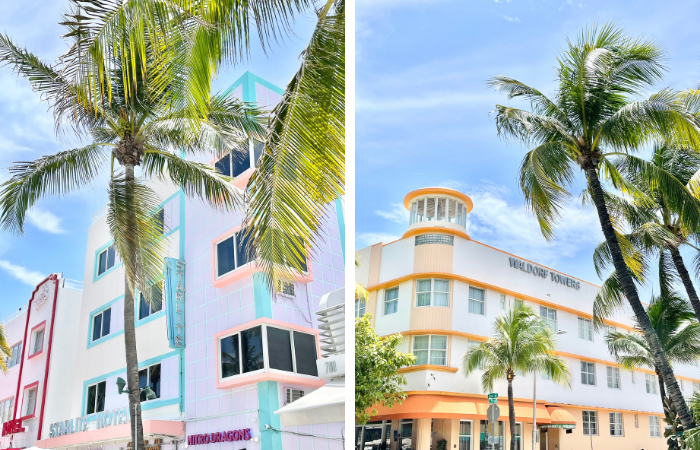 Because so many of the buildings were built during the Great Depression, many feature “faux” deco elements. Marble was expensive and only found in buildings built by the Mob, but a faux marble technique was developed by mixing colored concrete with coral. Slabs of it can be found adorning historic art deco buildings all over the area.

Terrazzo flooring is a staple in many art deco buildings, but in Miami, designs were worked into the floor to reveal the locations of illegal casinos! Diamonds (and even a roulette wheel) can be spotted in the lobbies of hotels and restaurants in the area.

Miami art deco buildings are famous for featuring splashy, pastel colors, but that’s actually not authentically art deco. Art deco from the 20s and 30s mostly used a neutral color palette, but when the show Miami Vice began filming in South Beach, they brightened up the facades of many of the historic buildings along Ocean Drive. The trend stuck and now Miami Beach’s brand of art deco is world renowned for being colorful. 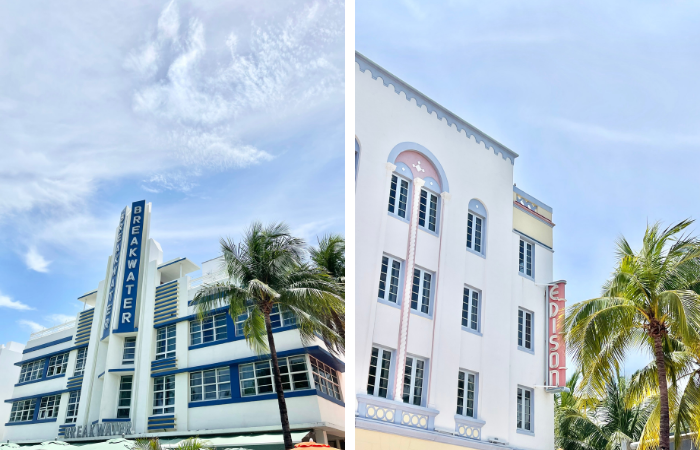 After years of neglect following WWII and with developers pushing to demolish, preservationist Barbara Baer Capitman founded the Miami Design Preservation League and was responsible for making this group of buildings the first 20th century buildings to be recognized by the National Register of Historic Places in 1976.

Because Miami Beach has become so famous for its historic art deco district, a whole slew of art deco “inspired” buildings now call Miami home. While none of them are historic or even necessarily have true architectural integrity, they feel like a celebration of Miami’s style.

Don’t miss these other posts about Miami:

Things to Do in Miami BESIDES Party

Things to Do in Little Havana

Where to Play Tennis on Key Biscayne

Some Things I Learned About Miami Beach

Besides being a whirlwind tour of Miami’s historic art deco district, I learned so much about the history of Miami Beach on this tour as well. A few things that stood out to me: 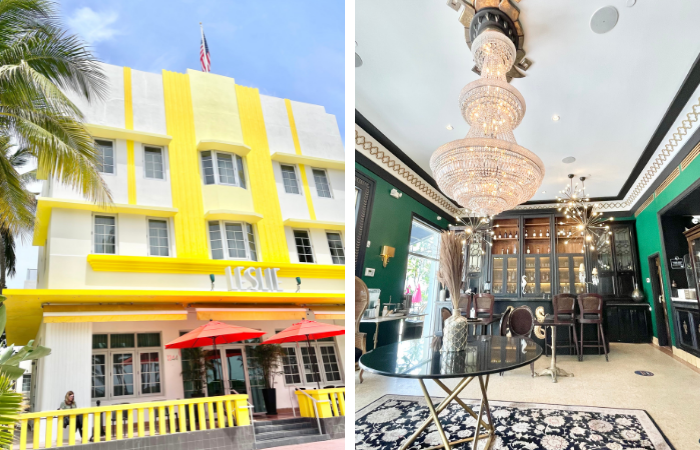 Today, Miami Beach is an international tourist destination (85% of tourism comes from international visitors and the cruise industry), but it wasn’t always that way. Miami Beach was pretty much built by the mob. With Prohibition in the US in the 1920s and 1930s, the Mob did big business smuggling liquor into the US from Cuba. Add in Miami’s location, its beautiful beaches, and a ton of illegal casinos and it made Miami Beach a natural attraction for those looking for a getaway with all of the vices. Basically, Miami Beach was Vegas before Vegas was Vegas.

Miami Beach was pretty much wiped out by a hurricane in 1926. While the rest of the country was suffering from the great stock market collapse in 1929 and the resulting Great Depression, the Mob was still thriving (the Mob doesn’t keep their money in banks!) and was determined to rebuild Miami Beach. Wanting to show off their wealth and remake Miami Beach as a coveted destination among those who still had their fortunes, they rebuilt in the popular and modern architectural style of the time…art deco!

From there the Miami Beach history is equal parts seedy and entertaining. You had Sinatra and the Rat Pack, the Cocaine Cowboys of the 70s and 80s (new Netflix documentary on this now streaming), which lead to the epic party scene from the 90s culminating in the legendary (or infamous) Versace mansion and Giovanni’s murder on the front steps. 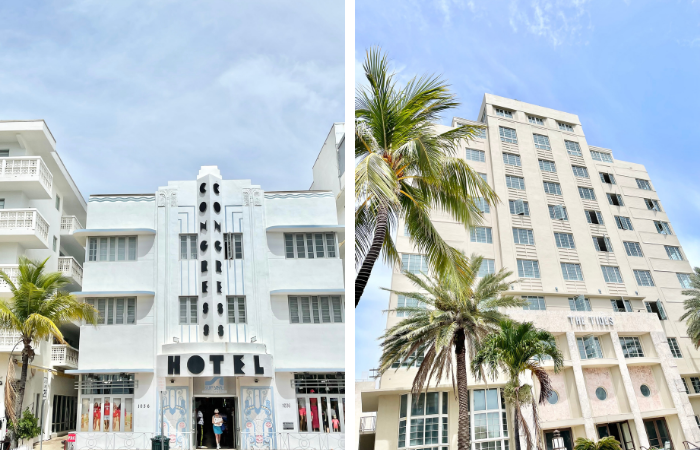 The Art Deco Historic District is located on Miami Beach between 5th Street and 23rd Street (north to south) and Ocean Drive and Washington Avenue (west to east).

You’ll see plenty of gems just walking the streets, but in particular, look for: 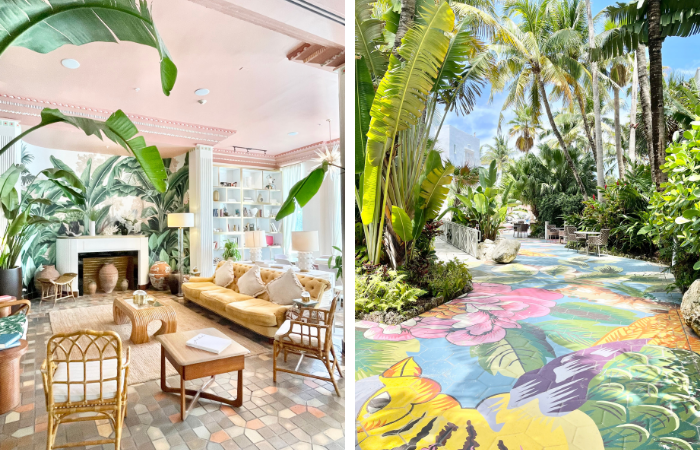 Posts about where to stay in Miami:

Where to Stay in Miami (Besides Miami Beach)

Downtown Miami vs South Beach: Brickell is the REAL Star in Miami

Key Biscayne vs South Beach: As Different As It Gets in Miami