I like hotels with a good history. I’m 100% drawn to them over standard big hotel brand chains (Courtyard Marriott, etc.) so when I was looking for a shower and sleep situation in downtown St. Louis and found the Magnolia Hotel at a reasonable price, it was an easy pick for me.

I was in town for two nights with a long list of route 66 related stops and wanted something within walking distance to the Gateway Arch that was under $200/night. I always check Marriott options first since I carry loyalty status with them and I usually love their Autograph/Tribute options because they have a more boutique feel.

So I found the Magnolia Hotel and it checked all of the boxes. 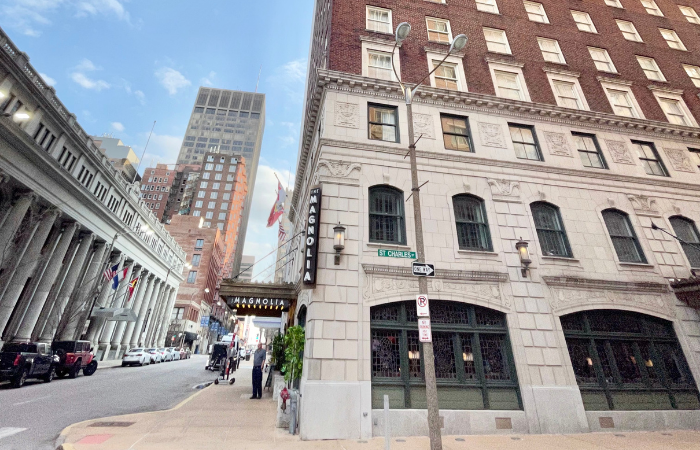 Upon further investigation I found a pretty juicy story about Cary Grant staying here in the 1950s. Apparently he was having a romantic tryst in the penthouse suite with an unnamed lover (maybe in between wives three and four- there were five in total, you know ; ) and laid a trail of chocolates across the suite ending on the pillow. Well the hotel manager liked the idea and started the tradition of leaving a chocolate on the pillow of every guest (a tradition still carried out during turn down service at luxury hotels around the world).

Okay old Hollywood stories aside, here’s the straight scoop: this is actually going to be a pretty short review post, because there’s actually not a lot to say. The story is probably the best part of the hotel.

Unlike some places I’ve stayed at, I don’t really have much negative to say because here’s the thing…this hotel is priced exactly right for what it is.

It’s referred to as a luxury 4 star hotel around the internet, but…it’s not. But it’s also not priced like one which makes me think that they know it’s not. I would actually consider it more of a budget hotel that has a nice history, a nice lobby, and a good location. 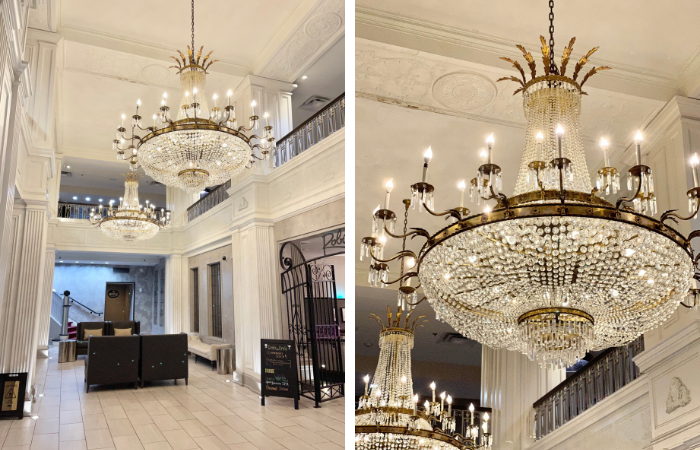 First things first, I had nothing but absolutely lovely interactions with the staff at this location. Everyone at the front desk and the valet was extremely friendly and helpful every time we came and went.

The lobby and exterior is very pretty and it’s been renovated really well.

The rooms are more on par with an outdated (but clean) Courtyard Marriott, though.

But again, not really anything to complain about because that’s how it’s priced. The room was about $150/night (which is really about as cheap as you’ll find in downtown St. Louis) with a $44/night valet fee (pretty standard at downtown hotels) putting it right in that $200/night price range which I think is pretty fair. 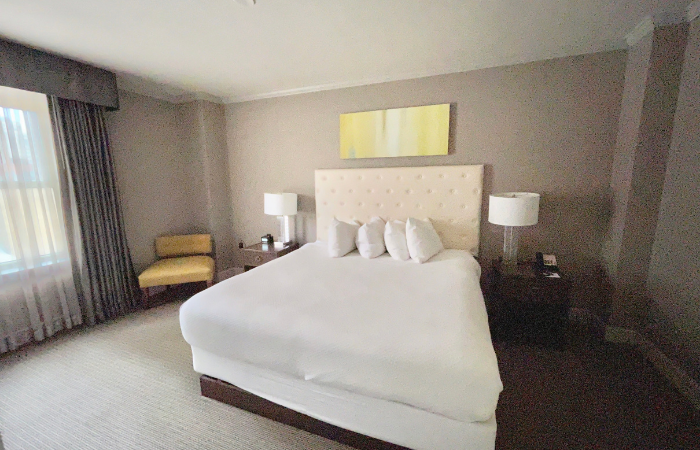 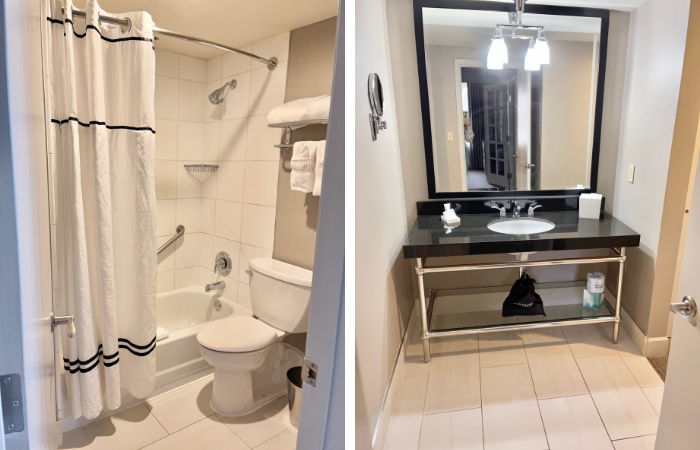 If the rooms felt fresh and updated, I would call this hotel a gem. But since it all felt a bit tired, I think its value just depends on your budget and how much time you’re planning to spend in the room.

My bottom line: I wouldn’t necessarily recommend this hotel because it falls a little short for me room-wise, but it’s priced accordingly so if budget is your driving concern, it’s worth a look. 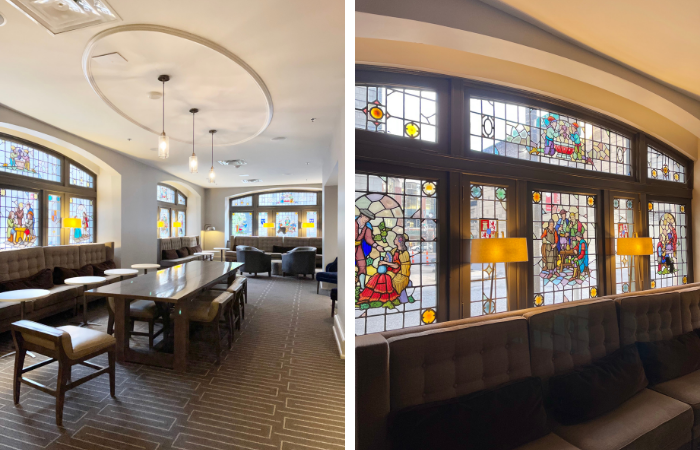 Book your stay at the Hotel Magnolia here.

Meet Me in St Louis: Things to do at Gateway Arch National Park

Route 66 in St Louis: What to See & Do in the Largest City Mid-Route

Want to Experience the 1904 World’s Fair in St Louis? Head to the Missouri History Museum