Brickell. The answer is Brickell. It doesn’t matter what the question is ; ) Just kidding, but this trendy downtown neighborhood in Miami seems to be THE place to be these days. Well, if you’re a childless Millennial with a dog. Which I am!

For years…decades!…South Beach was synonymous with Miami and widely recognized as the place you wanted to be. And really, it still is, but it has competition FOR SURE when it comes to the most attractive places to live in Miami, but also increasingly when it comes to where to vacation in Miami. 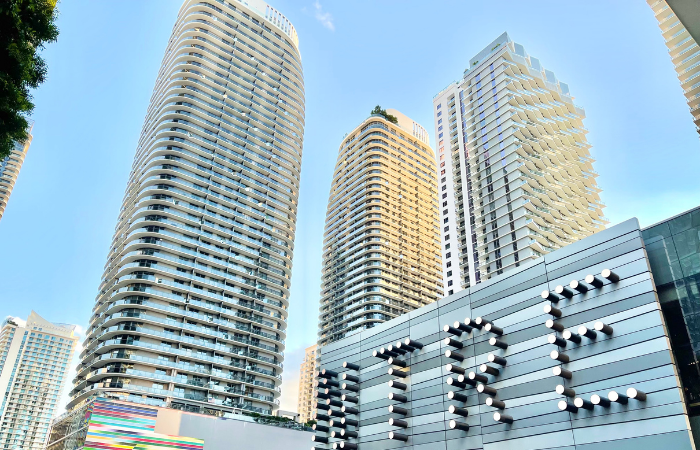 Brickell is a booming neighborhood right on the water’s edge in the middle of downtown Miami that’s becoming the fastest growing part of the city. Tall, glitzy, modern skyscrapers mingle with not only every modern convenience you’d want within walking distance, but also some of the city’s best attractions. Throw in a pretty decent FREE public transportation system that runs through downtown and the financial district and it’s a great homebase for exploring the city.

On my latest trip to Miami, I spent one night in Brickell before heading over to Key Biscayne and I could already tell after a couple of hours that I would be back. Besides everything I’ve already mentioned, I loved that even after dark the streets were bustling with people out walking their dogs and just moving around in general. It felt like a living, breathing neighborhood and not just a tourist hotspot. 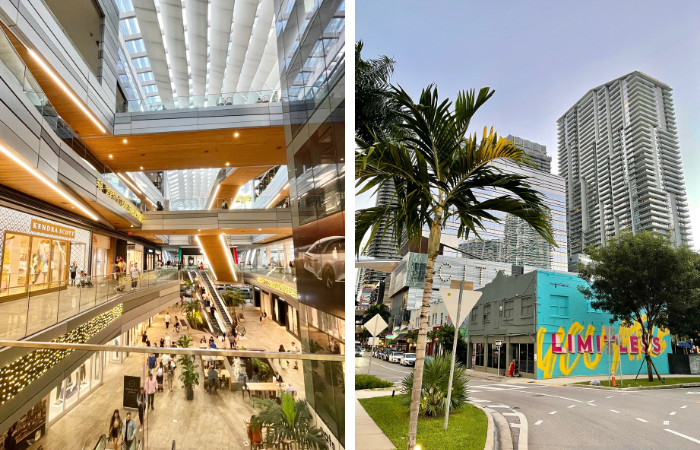 It’s not that the neighborhood itself is so fabulous that it warrants a vacation, but it has every convenience and amenity you could want on vacation (including some truly fabulous hotels) and it’s location right in the middle of the city makes it the perfect place to stay if you’ve come to see “Miami”  (and not just lay around the beach).

In my opinion, Miami is not the best place for a relaxing getaway (I’m not a South Beach “person” and overall find the beaches on the Atlantic to be sorely lacking compared to the Gulf side), but it’s a GREAT city to visit.

A lot of big cities are just cities…you feel like you could be anywhere. But Miami is pretty unique. Someone I know said they like to go to Miami because it’s cheaper than going to Europe, and while I probably wouldn’t have thought of the comparison myself…it is an incredibly international city. It’s not unusual to hear more Spanish being spoken than English (by both residents and international visitors).

It’s got to be one of the biggest “foodie” cities in the country and the number of world class restaurants is a little overwhelming. Throw in a large number of luxury and historic hotels, epic people watching, the unique ecosystem of south Florida, glorious weather and a large metropolitan city packed with attractions and it’s easy to see why so many people flock to Miami. Oh, and it happens to be on the beach.

That’s kind of how I think about Miami…it’s a fabulous city…and it happens to be on the beach. I think if you go in with that attitude, you’ll really love it but if you’re looking for a Caribbean-esque getaway with a cheaper/quicker flight then you’re probably going to be disappointed.

Where to Stay in Brickell

Mandarin Oriental: Has its own private “beach.” This is probably the most resort/beach experience you’ll find in the area. Check pricing and read reviews here. 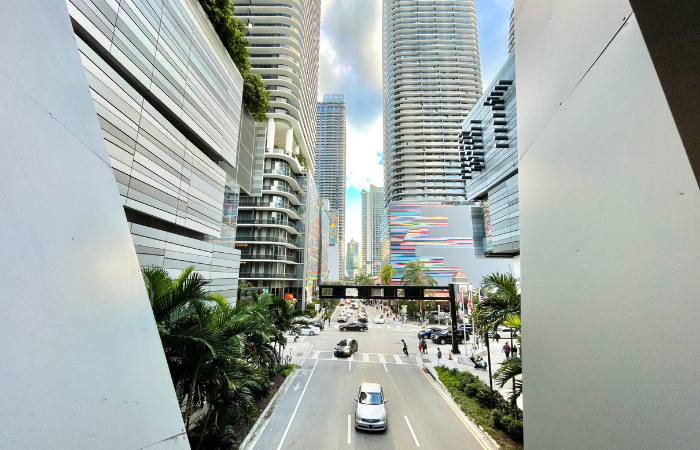 More posts about where to stay in Miami:

Where to Stay in Miami (Besides Miami Beach)

Key Biscayne vs South Beach: As Different As It Gets in Miami

Things to Do around Miami

If you stay downtown in Brickell, you’ll be super close to:

Brickell City Center: It’s an open air mall (lots of food options too), but it’s integrated really well into the city. Great views from the 2nd and 3rd floors with the traffic going underneath.

Frost Museum of Science: Haven’t been yet but high on my list. They have a planetarium AND an aquarium which is apparently kind of rare.

Perez Art Museum: World class art museum and they do a lot of events as well.

By car you’ll be a quick ride away from:

South Beach: Only five miles away.

Little Havana: A don’t miss! It’s super tourist friendly to walk around, but I love doing a tour anyways.

Coral Gables: Visiting the Venetian Pool and Biltmore Hotel are high on my list.

Biscayne National Park: 95% of the park is underwater so snorkeling is a must! 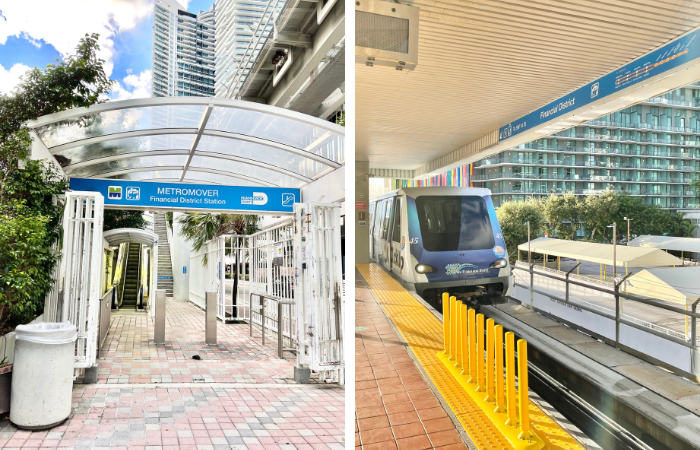 If you’re doing a sightseeing/exploring trip to Miami (on par with how you’d visit New York, DC, San Francisco, etc.), it’s so much easier (less traffic, congestion, time in the car) to get to all of these places if you’re staying downtown than if you’re staying in South Beach.

So for me, when it comes to choosing between downtown Miami vs South Beach…I’m choosing downtown/Brickell every time!

Don’t miss these other posts about Miami:

Things to Do in Miami BESIDES Party

Things to Do in Little Havana

Where to Play Tennis on Key Biscayne